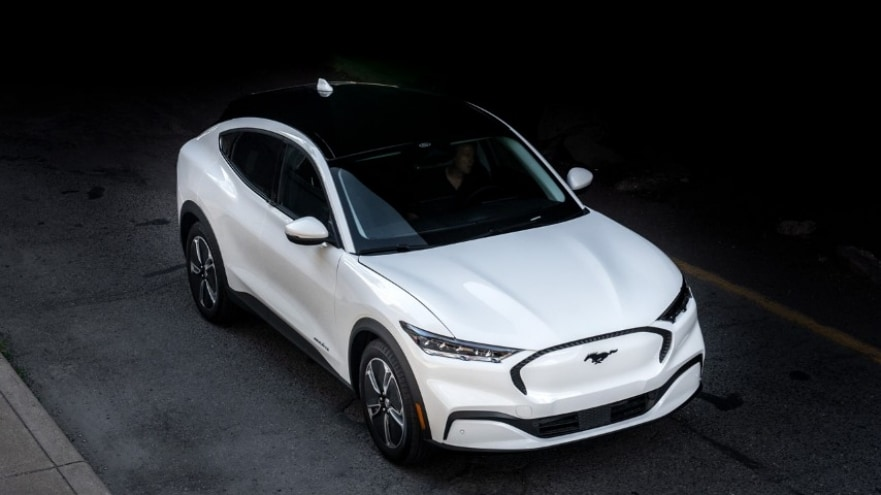 Order banks are now open in the U.S., and reservation holders are now being invited to convert their reservations to official orders for the latest addition to the Mustang stable.

“We remain dedicated to delivering on the promise of the Mustang name,” said Ron Heiser, Mustang Mach-E chief program engineer. “These better-than-estimated performance figures show that our team is squeezing every last bit of performance out of this vehicle so that it not only delivers Mustang style but Mustang soul as well.”

Mustang style and performance is what lured Detroit businessman Keith Simmons to pre-order an all-new Mach-E. With two Porsches in his garage, Simmons likes sleek, upscale styling – with a healthy punch of power. There was something about an all-electric Mustang Mach-E GT in Shadow Black that called to him.

“I’ve been thinking about going electric for a while,” said Simmons. “I like being first on the block to get something new. Mach-E has convinced me to make the jump to all-electric; I saw an announcement that it was coming out and particularly liked the styling, so I made a deposit to purchase one and can’t wait to get my hands on it.”

Place your order for the all-new Mustang Mach-E here. The all-electric Mustang starts hitting the streets in the U.S. near the end of the year.

*Calculated via peak performance of the electric motor(s) at peak battery power. Consumer results may vary.