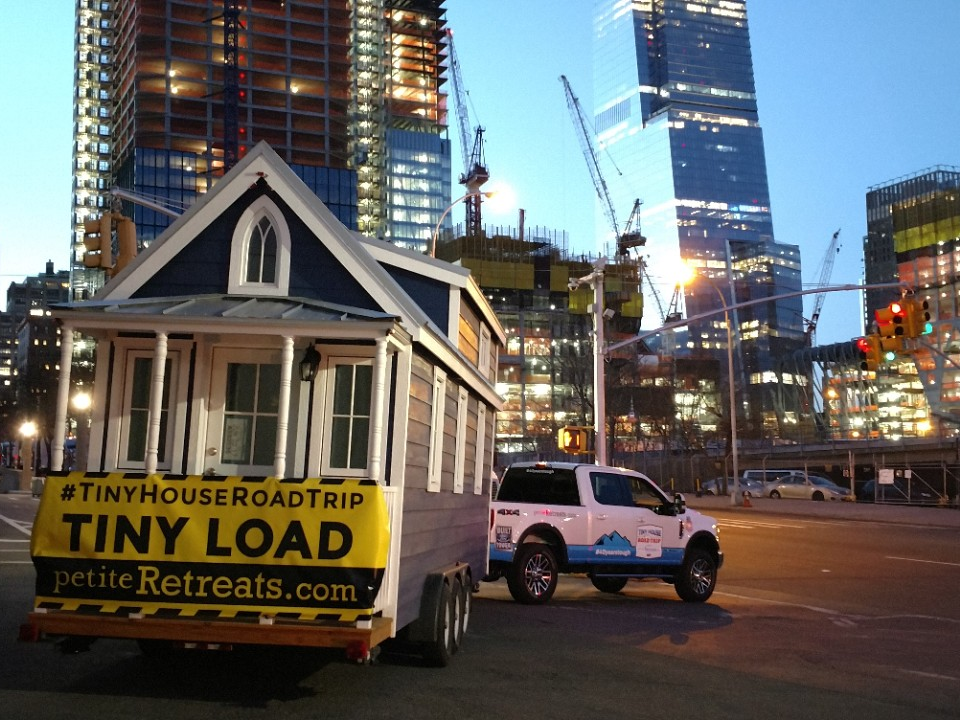 For even more F-Series towing innovation, class-leading features like Trailer Reverse Guidance and an exclusive 360-degree camera system with trailer view, can make hauling even a house easy. Moreover, F-150’s available class-exclusive Pro Trailer Backup Assist makes the challenge of backing up a trailer as easy as turning a knob.

Henry and Clara may be small, but they can easily exceed 9,000 pounds and 12,000 pounds, respectively. Henry features 181 square feet of space, while Clara packs it all into just 252 square feet. Sporting a number of innovative features and amenities, Henry and Clara are the latest Petite Retreats house rentals.

Henry and Clara are on display at the New York International Auto Show, April 14-23. The cross-country road trip begins the following week, stopping first in Boston and Philadelphia, with additional locations to be determined.