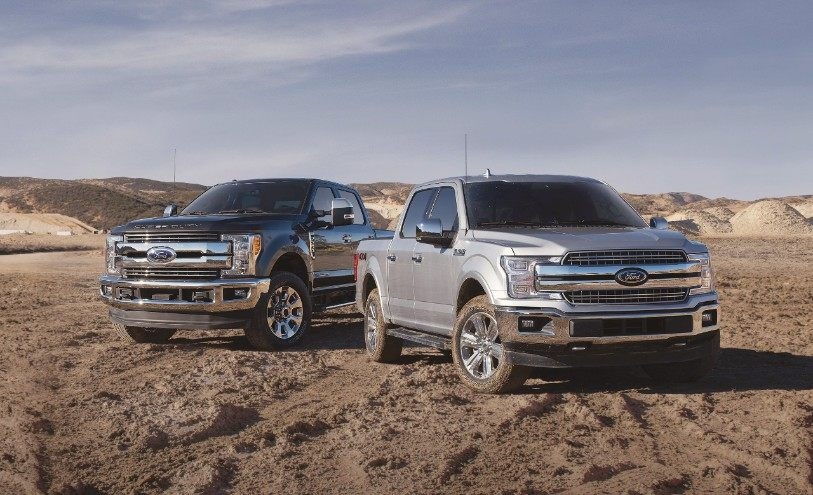 DEARBORN, Mich., Jan. 12, 2019 – It would take more than eight hours in a commercial jet flying more than 500 miles per hour to travel the full length, parked bumper-to-bumper, of all the Ford F-Series trucks sold globally in 2018 as the company marks 42 years as America’s best-selling truck and 37 years as America’s best-selling vehicle. During that flight, Ford would have sold nearly 1,000 more F-Series trucks.

“From Ranger to Transit, we’re proud and honored to help our global truck and commercial vehicle customers get the job done around the planet,” said Jim Farley, Ford executive vice president and president, Global Markets. “But it’s our F-Series juggernaut that leads the world in sales, capability and smart technology, setting the bar others follow.”

Ford sold more than 1.075 million F-Series trucks globally in 2018, averaging a sale every 29.3 seconds. Lined bumper-to-bumper, F-Series trucks would stretch more than 4,000 miles – greater than the distance from Dallas to Honolulu.

If Ford F-Series were its own business using average U.S. transaction prices of $46,700 to calculate revenues, F-Series would have the equivalent of $50 billion in revenues, or greater revenues than Oracle ($37 billion), American Express ($35 billion) or Best Buy ($42 billion).

Along with increased sales volumes, F-Series average transaction prices have steadily grown since the 2014 debut of the new F-150 with a high-strength, military-grade, aluminum-alloy body, climbing an average of $7,400 per truck.

Of course, the resounding success of Ford Motor Company’s F-Series would not be possible without the hardworking employees at Kentucky Truck Plant, Kansas City Assembly Plant, Ohio Assembly Plant and Dearborn Truck Plant, along with those at Ford’s Product Development Center in Dearborn.