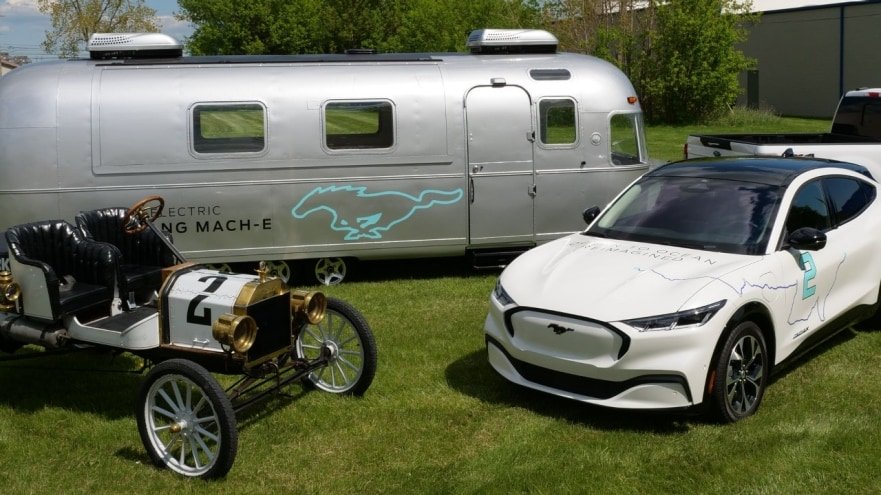 DEARBORN, Mich., May 17, 2021 – Demand for the Mustang Mach-E has skyrocketed, and 70 percent of customers who ordered the vehicle are new to Ford. To cater to this ever-increasing interest, Mustang Mach-E is now traveling across America to demonstrate the capability and technology of Ford’s all-electric SUV.

Ocean to Ocean Reimagined showcases what the all-electric Mustang Mach-E can do with product experiences along the way to demonstrate its style and features. The drive kicks off today at Classic Car Club Manhattan in New York City. Stops include Amelia Island off the Florida coast; Washington, D.C.; Charlotte, North Carolina; Atlanta and Las Vegas before concluding in Seattle. In total, the all-electric SUV will drive nearly 6,500 miles across 20 states in a span of 50 days.

“More than a century after the Model T brought mobility to the masses, Mustang Mach-E is  injecting thrill and passion to fully electric vehicles,” said Jason Castriota, Ford’s global brand director, Battery Electric Vehicles. “Ocean to Ocean Reimagined is helping to amplify awareness around Mustang Mach-E and what it can do. We hope this coast-to-coast journey – much like the original Ocean to Ocean race commissioned by Henry Ford in 1909 – becomes a truly unique, exhilarating and entertaining chapter in the Ford and Mustang story.”

On June 1, 1909, Henry Ford entered two factory Model T cars in the first U.S.-based transcontinental road race. Beginning in New York City, the race tested the endurance and capability of a relatively new technology – the automobile. Twenty-three days and 4,106 miles later, Ford Model T No. 2 crossed the finish line at the Seattle World’s Fair. A re-creation of that winning Model T will lead the two Mustang Mach-E SUVs out of New York and escort them to the finish line in Seattle.