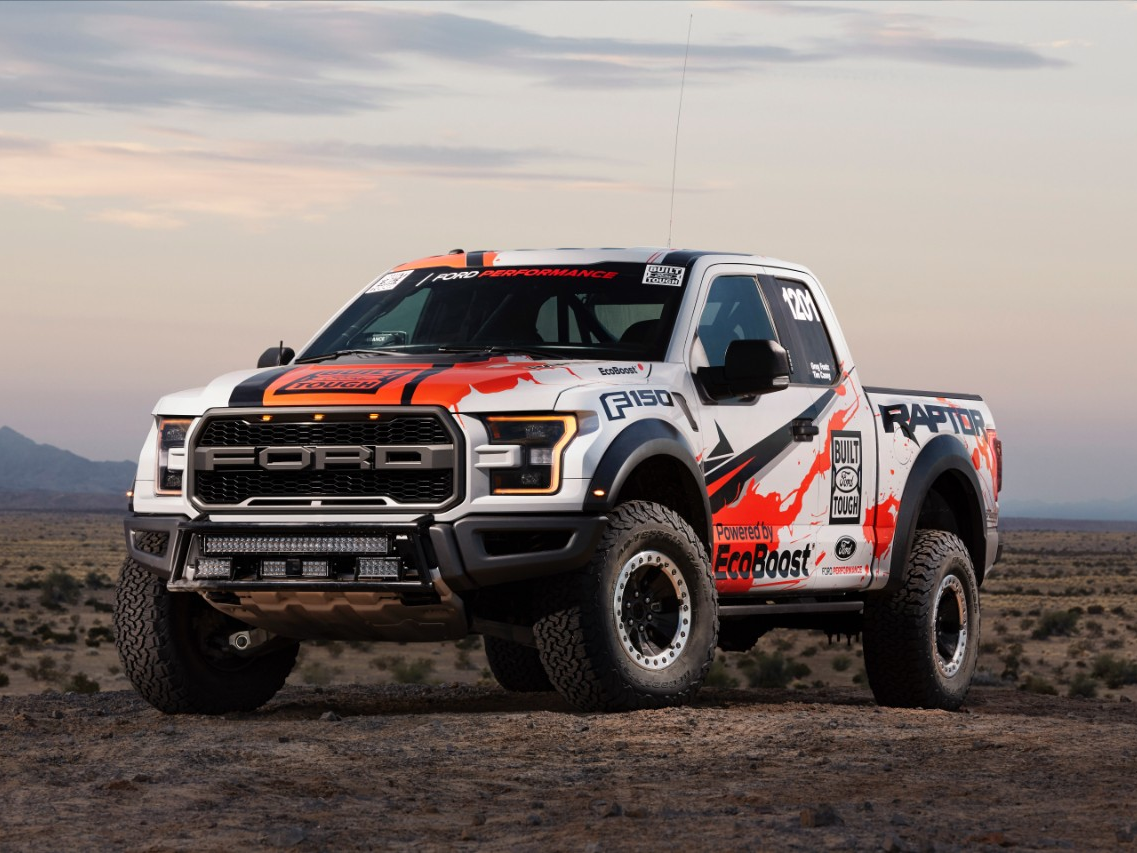 Ford Performance and Greg Foutz Motorsports captured 432 points in the Pahrump Nugget 250. Fielding a production-intent F-150 Raptor equipped with race-required safety, navigation and lighting equipment, the team finished the race in 10 hours, 21 minutes and 59 seconds. Aside from suspension recalibrations to compensate for the added weight, the truck was showroom stock.

After logging more than 100 hours of off-road competition driving across some of the toughest terrain imaginable, the race truck completed the season with one factory stock 3.5-liter high-output EcoBoost® V6 engine. Midseason, Ford Performance engineers had swapped out the 10-speed transmission for retrofitting and evaluation.

“We didn’t slap our name on a trophy truck like other manufacturers do,” said Brian Bell, Ford Raptor marketing manager. “We ran a stock truck with full factory air conditioning, factory glass, AM/FM SIRIUS/XM satellite radio, the same engine and advanced off-road drivetrain and suspension that you’ll soon see at your Ford dealer.”

Slightly banged and battered, the Raptor race truck is being shipped back to Ford Performance headquarters in Dearborn before going on display at the 2017 North American International Auto Show. In the meantime, Ford Performance has secured mounds of data and real-world abuse testing that will help F-Series engineers better design next-generation F-150 and Super Duty trucks.

Lead driver and team owner Greg Foutz was impressed – both with how the truck ran and with the support Ford Performance provided. “I know how much we abused that truck, and they were able to capture a lot of data and provide updates as the Raptor readied for production,” he said.

Modifications to the F-150 Raptor race truck include:

The new factory stock class is the most production-specification class in the Best in the Desert off-road racing series.