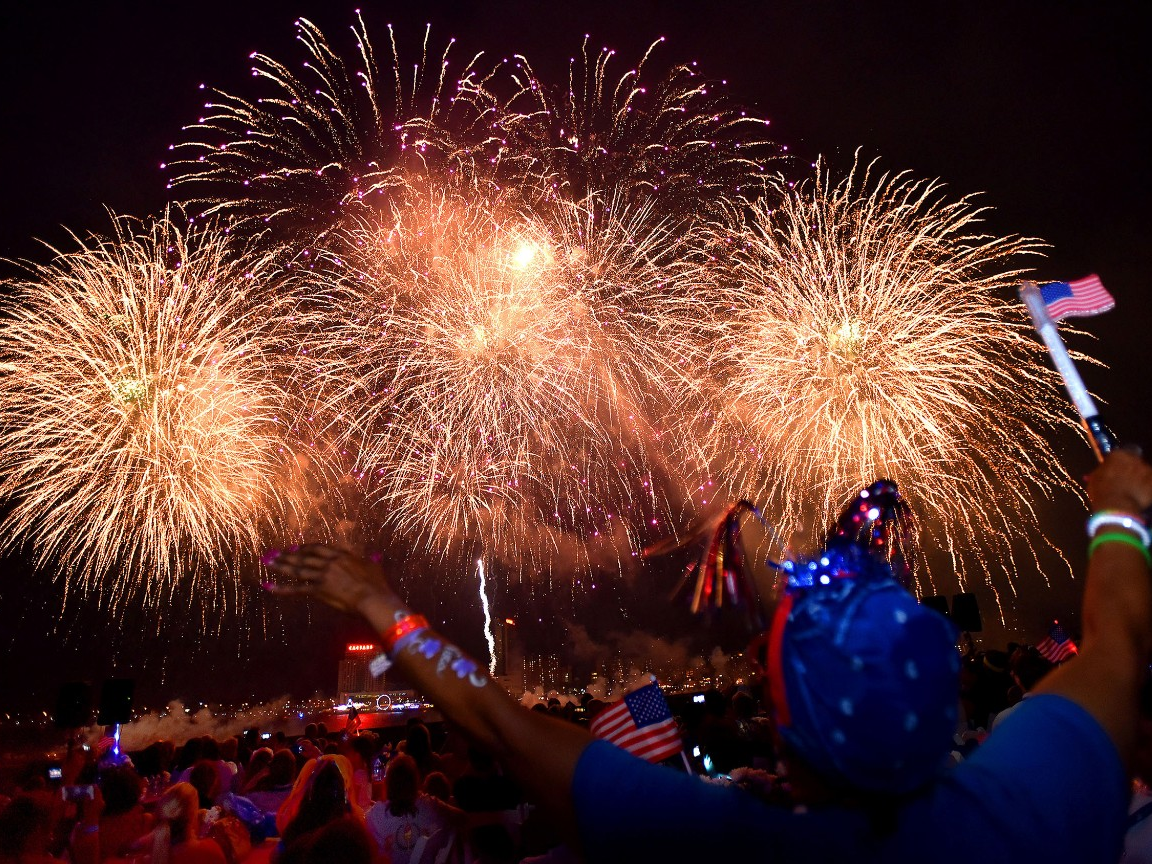 DETROIT, June 22, 2017 – Ford Motor Company and southeast Michigan will celebrate American independence with the dazzling Ford Fireworks and an expanded community outreach for students and veterans along the downtown Detroit riverfront on Monday, June 26.

Ford Motor Company Fund is supporting a special event celebrating the accomplishments of Detroit area students. Called L.I.T.E. Fest — which stands for Lead, Innovate, Thrive and Elevate — the event at West Riverfront Park will honor a select group of 2,000 students and family members with entertainment, activities and food. Detroit native and singer/songwriter Big Sean will make a special appearance to recognize the students.

“The Ford Fireworks is a special community celebration that allows people of all ages and backgrounds to celebrate the renewed energy coming from our great city,” said Jim Vella, president, Ford Motor Company Fund. “Ford is proud to show our ongoing commitment to Detroit and southeast Michigan by supporting this iconic tradition that has been going on for nearly 60 years.”

Produced by The Parade Company, the Ford Fireworks will feature greater pop and a longer show when more than 10,000 pyrotechnic effects light up the night sky beginning at 9:55 p.m. The theme of this year’s Ford Fireworks is “Detroit! Right Now!” in recognition of the growth and progress being seen around the city. The Parade Company selects the music and works exclusively with Zambelli Fireworks Internationale to stage the pyrotechnics.

Ford activities at the Ford Fireworks include:

The Ford Fireworks can also be viewed on WDIV-Local 4’s live broadcast beginning at 8 p.m. News/Talk 760 WJR will do a special radio simulcast throughout the event and provide up-to-the-minute traffic and weather information throughout the day. People can also follow the event on social media at #fordfireworks and through the Ford Fund’s social sites on Facebook, Instagram @fordfund and Twitter @fordfund_. There will also be a special Snapchat filter.

Ford has been investing in Detroit since the company’s founding in 1903. Over the past 10 years, Ford and Ford Fund have donated more than $160 million to organizations throughout southeast Michigan, supporting education, safe driving and community life, including hunger relief and other essential services.