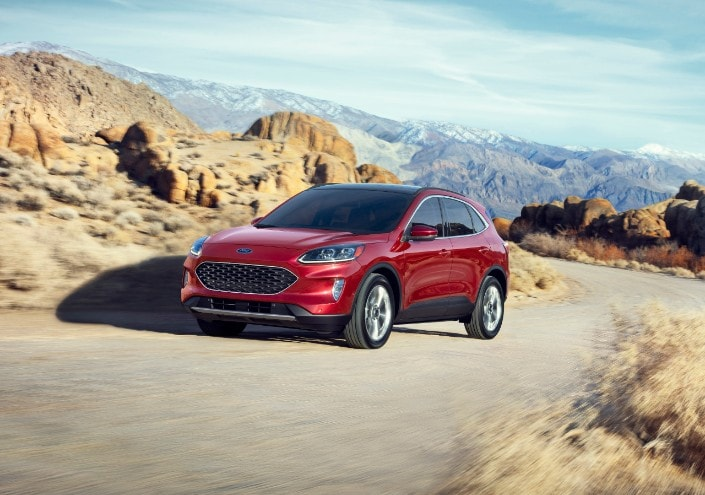 DEARBORN, Mich., Dec. 10, 2019 – Your drive over the river and through the woods to grandma’s house this holiday season might cost you less if you’re behind the wheel of the all-new 2020 Ford Escape Hybrid.

With the average American driving 29 miles a day, making that trip in the all-new Escape Hybrid Titanium means barely using a gallon of fuel per trip – and fewer gas station stops along the journey. This makes the all-new Ford Escape Hybrid both easier on the wallet while helping to conserve fuel.

“This all-new Escape Hybrid is our best one yet, as it answers the call from our customers who loved the original Escape Hybrid but want better fuel efficiency without compromising interior space,” said Hau Thai-Tang, Ford chief product development and purchasing officer. “Plus, with driving range like no Escape before, we’re giving our customers a vehicle truly capable of letting them focus on living their lives while worrying less about stopping for gas.”

Each model in the all-new Escape lineup, whether hybrid-powered or equipped with EcoBoost® technology, has an EPA-estimated range of at least 400 miles per tank. Front-wheel-drive Escape Hybrid’s outstanding fuel efficiency is bolstered by an EPA-estimated 582-mile driving range per tank – more than enough for a one-way trip from Sacramento to San Diego.

2020 Ford Escape Hybrid customers can see their potential fuel savings come to life with a new EV coach feature included in the 12.3-inch digital instrument cluster, which is standard on SE Sport and Titanium trim levels. EV coach lets drivers know when they’re using electric or hybrid power – allowing them to adjust their driving style to meet their power needs. In addition, eco mode, one of five standard selectable drive modes, helps conserve fuel when driving range is your priority.

There’s also plenty of room of passengers and cargo. The all-new Escape Hybrid packages its liquid-cooled lithium-ion battery smartly below the second-row seats rather than occupying a significant portion of the cargo area. The briefcase-shaped battery in the standard hybrid measures approximately one-third the size of the battery in the first Escape Hybrid, which was the world’s first-ever hybrid SUV when it debuted in 2004.

The all-new Ford Escape, built at Louisville Assembly Plant, is on sale now.