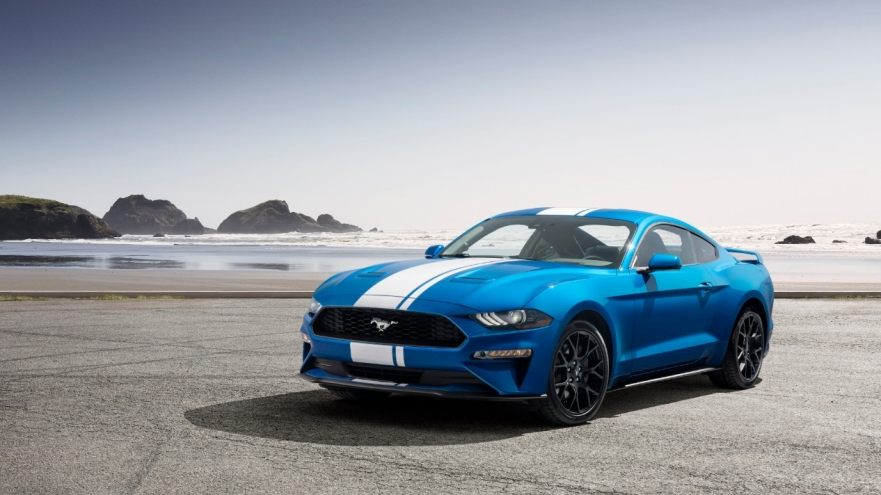 The next time you jump at the sound of thunder or feel an adrenaline rush when you hear the new active valve performance exhaust on the 2019 EcoBoost®-equipped Mustang, thank your prehistoric ancestors.

It’s called an autonomic response, and it traces back to ancient humans who successfully learned to react quickly to loud and powerful sounds, like the roar of a lion or the crash of a tree. Over time, this fight-or-flight response to avoid danger was passed along in our DNA and hardwired into our minds and bodies.

Eons later, that connection between sounds and our emotional reactions caught the attention of an 18th century music critic named Friedrich Marpurg, who was among the first in modern times to document different sounds and the emotional responses they elicit. Today, modern sound engineers tap into those very same concepts when they create sounds for everything from movies and music, to cars and cellphones – and even appliances.

“Our connection to sound begins in our mother’s womb long before other senses,” said Steve Venezia, a veteran Los Angeles-based television production engineer. “And later in life, sound is one of the most powerful senses that creates lasting memories, like a song that takes you back to a happy time in your life.”

Beyond the basics of sound – loud, quiet, high/low pitch, simple or complex harmonic structures – Venezia says the trick to creating emotionally compelling sound experiences is starting with an authentic base sound, then adding layers over it to intensify the emotions of that particular sound.

So that familiar “ta-da” chime your smartphone emits isn’t by friendly accident; it’s carefully designed to be pleasant and happy, according to Marpurg’s theory.


Sound DNA of a wild Mustang

In Dearborn, Michigan, audio designers of another sort create sounds that tap into our desire for power and thrills. They are engineers at Ford Motor Company, designing acoustic exhaust sounds that excite the senses and deliver a note of performance.

“We’re probably the few engineers here who do not have to design to a number or a specification,” said Hani Ayesh, Ford exhaust development engineer. “Instead, we work to identify that signature sound DNA that connects drivers to the emotional expectation they have for a specific car.”

These automotive sound engineers rely on computational analysis to design, for example, a computer-controlled active exhaust system that opens valves – much like a saxophone or a large pipe organ – to change the sound of the car based on the mood of the driver.

Ayesh breaks it down using a simple analogy – a guitar.

“Strum a chord on an acoustic guitar, and you get a clean, simple sound wave – that’s your quiet Brahms’ Lullaby kind of mood,” he said. “Plug that guitar into an amp and crank it up to 11, and that’s your aggressive, crackling sound that really rocks your soul. We call that track mode.”

Performance comes in all sizes. When you step on the gas of Ayesh’s test car – a 310-horsepower turbocharged four-cylinder Mustang – the throaty rumble of the exhaust makes the hair on the back of your neck stand up, just as it might on the larger-engine Mustang GT and Shelby GT350 models.

Click a switch on the center console, and the sound instantly changes to match your mood – normal, louder and more aggressive sport and track settings, as well as a quiet mode, when all you want is to just keep the peace.

“When I pick up my kids from school, they want to hear that growling rev of the engine,” said Ayesh, “but my wife and neighbors, not so much. So I can select the quieter ‘good neighbor’ mode, and keep them happy, too.”