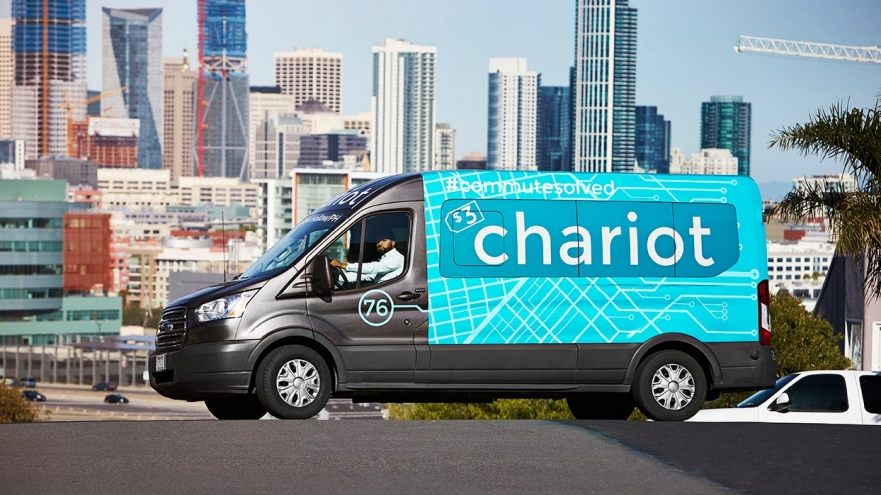 The new service is the result of the Metropolitan Transportation Commission’s local initiative, the Bay Bridge Forward Project, the goal of which is to reduce single occupancy vehicles traveling across the Bay Bridge. Over the one-year program, Chariot will run its 14-passenger, WiFi-enabled vehicles along two routes during the morning and afternoon/evening commute, with operating hours of 6am - 10am and 3pm - 7pm. The routes will be served by eight Chariots to start, and will originate from stops in Emeryville and West Oakland to transport employees to and from UCSF Mission Bay.

“Chariot is working with transit agencies, companies and organizations to create solutions that help ease traffic congestion, especially during peak commute times,” said Chariot CEO Dan Grossman. “By offering a new, efficient way for East Bay-based UCSF employees to get to Mission Bay, we’re also helping ease the commute for the thousands of people who travel to and from work daily across the Bay Bridge.”

The new UCSF service is part of Chariot’s growing enterprise business, in which Chariot works closely with partners spanning across public transit agencies, universities, healthcare institutions, city associations, corporations, non-profits and other organizations to design custom micro-transit routes. These routes may serve end-to-end service for individuals who don’t live near transit stops and would typically drive alone in their own vehicles or serve as first- and last-mile transportation, helping bring riders to public transit that may not have previously been easily accessible.

“UCSF is the second largest employer in San Francisco, with campuses throughout the city,” said Erick Villalobos, director of Transportation Services at UCSF. “We want to help our employees get to work each day, while also easing traffic heading into the city. Offering our employees access to transit options like Chariot is one way to accomplish both goals.”

Chariot was founded in San Francisco and also operates in New York, London, Seattle, Austin and Columbus, OH. In San Francisco, about 20 percent of riders use Chariot as a first- or last-mile solution to connect to transit hubs such as BART and Caltrain, or to ferry terminals. The service can also be used to supplement public transit at peak commuting times, keeping large groups of people moving without the need for single-occupancy vehicles. According to a study conducted by KPMG, every Chariot in operation can remove about 10 cars from roads.

Chariot is reinventing the daily commute with a micro-transit solution that is fast, reliable and affordable for people living in today’s cities. Designed to be used twice a day, every day, users can easily reserve a seat on a Chariot via the iOS or Android app, and hop on one of the company’s 14-passenger Ford Transit vehicles operated by friendly, professional employee drivers. After launching in San Francisco in 2014, the company participated in Y Combinator’s Winter 2015 class and was acquired in September 2016 by Ford Smart Mobility to serve as the cornerstone for its global shuttle services business. Chariot runs more than 100 daily routes serving San Francisco, New York, Austin, Seattle, Columbus and London. For more information, visit www.chariot.com.