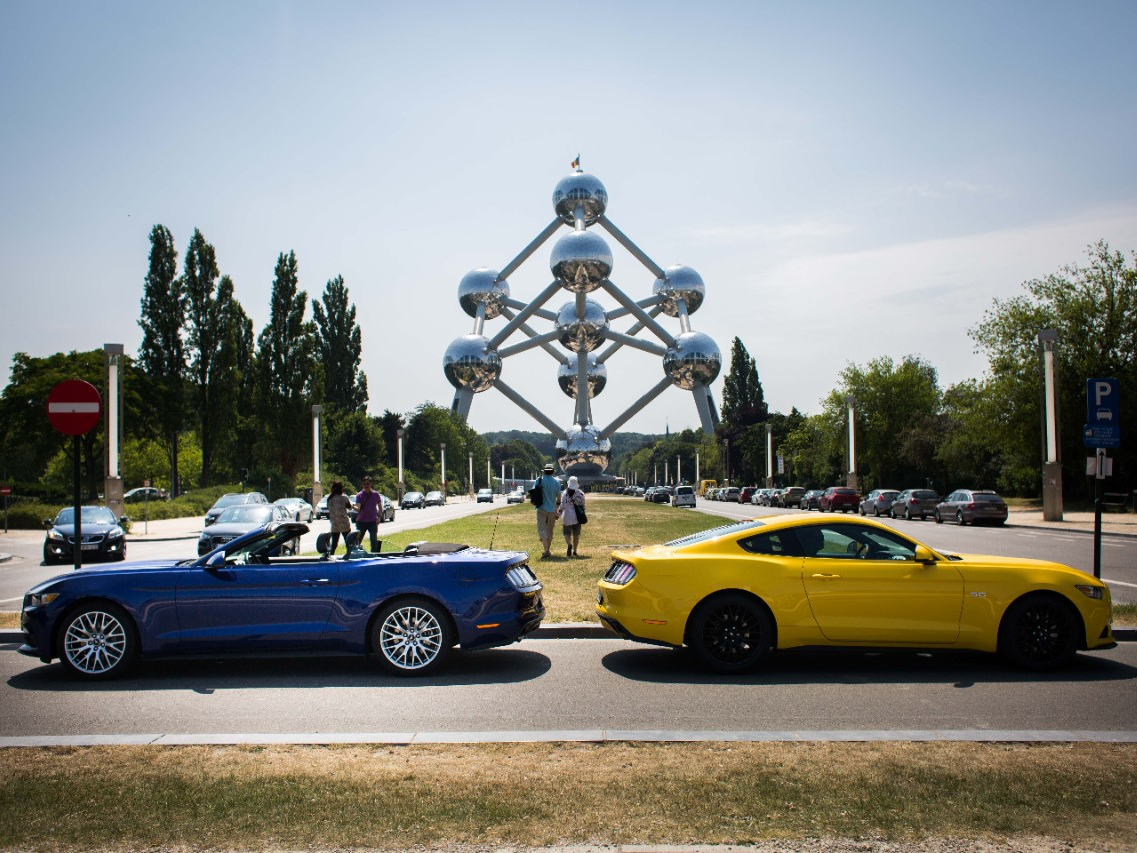 CHOCOLATE, MUSSELS… AND MUSTANGS! CAN YOU GUESS WHICH NATION IS ICONIC SPORTS CAR’S UNLIKELY NUMBER 1 FAN?

It may not be the first country that first comes to mind for sports cars, but drivers in Belgium have fallen head over heels for the new Ford Mustang.

France is third with 2,126 sales and Belgium fourth, one of a number of countries with smaller populations, including Sweden, Switzerland, and the Czech Republic, that are showing huge demand for what, last year, was the world’s best-selling sports car coupe.

“Mustang is a car that has a massive and passionate following among fans in Europe through enthusiasts’ clubs and numerous Mustang meetings,” said Laurent Charpentier, managing director, Ford Belgium. “It is a sports car like no other, one that some fans here have literally been waiting their whole lives for.”

Belgium has a long-running love affair with fast cars. The famous Circuit de Spa?Francorchamps was one of the first race tracks to host Formula One, while race driver Jacky Ickx won the 24 Hours of Le Mans six times, once in a Ford GT-40, gained 25 F1 podium finishes, and won the Dakar Rally.

Among the new car’s biggest fans is self-confessed “Mustang nut” Adelbert Engler, who has built a collection of 5,500 Mustang model cars at his home in Heusden Zolder, as well as several full?sized classic models.

“From interviews, movies and music videos to reports, anniversaries and exhibitions, I’ve done all of it with my Mustangs over the years,” said Engler, who is impatiently waiting for delivery of a Yellow fastback Mustang with 2.3-litre EcoBoost engine.

Mustang customers in Europe have a choice of 5.0-litre V8 and 2.3?litre EcoBoost models, and fastback and convertible body styles. Red, grey and black are the most popular colours so far, with 72 per cent of buyers choosing fastback, and 64 per cent selecting the V8. EcoBoost models are most popular in southern Europe.

Year to date, compared with last year, Ford performance car sales, in Europe, have doubled; with models including Mustang, as well as Focus RS, Focus ST and Fiesta ST.