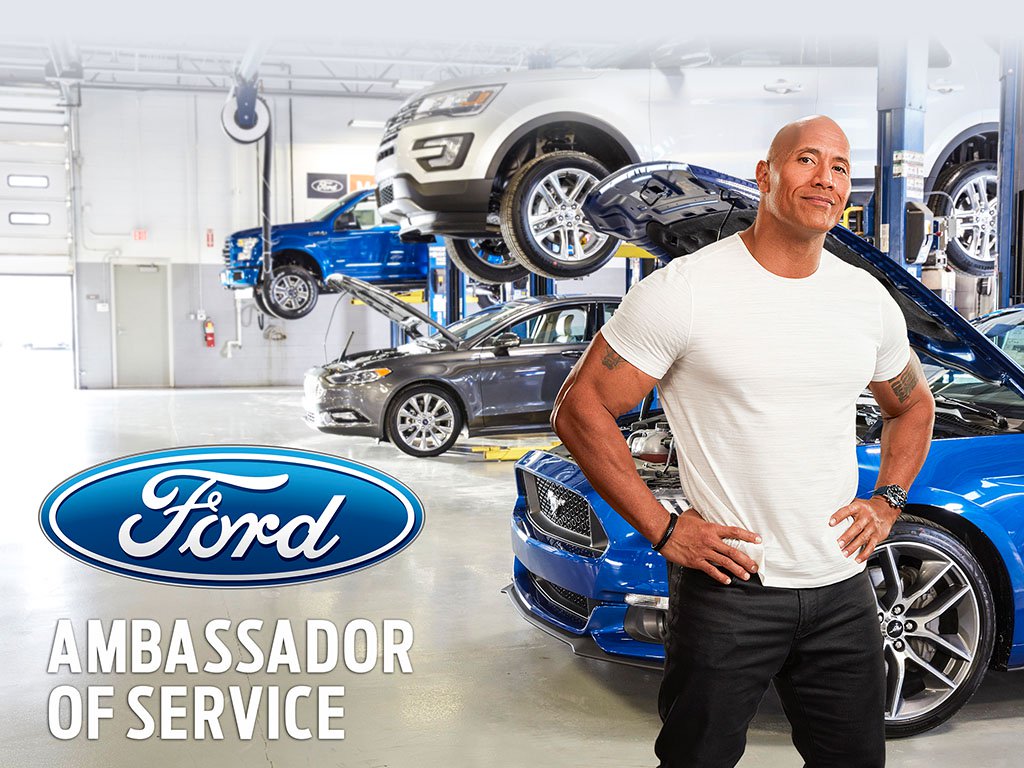 DEARBORN, Mich., February, 1, 2017 – No one knows Ford better than Ford Service and its dealers. That’s the rallying cry of the second advertising campaign created in partnership with actor, producer and business entrepreneur Dwayne Johnson and Ford’s Customer Service Division. Together, Ford and Johnson created compelling content to highlight the 35,000 members of Ford’s service team.

“We are thrilled to have Dwayne Johnson return as our Ambassador of Service,” said Brett Wheatley, executive director, Ford Customer Service Division, North America. “Not only is he a loyal Ford customer – owning multiple Ford vehicles – Dwayne embodies the qualities of the Ford Service brand.  He strives to be the hardest worker in the room, being a leader, building and maintaining trust and most importantly, quality service.    We couldn’t ask for a more fitting spokesperson.”

The new campaign spans TV, radio and digital, including Johnson’s social channels that have more than 140 million followers combined. The campaign has clear messaging and powerful imagery captured throughout several locations within Ford’s Dearborn campus.  Seven Bucks Productions and Seven Bucks Digital Studios is advising on the creative, with GTB, as well as producing original content for the campaign. For the shoot, Johnson travelled to a chamber that tests extreme cold weather conditions, to the design studio, to the factory floor and, of course, to the service department of a Ford dealership.

“I'm very excited about what we're building with the good people of Ford,” said Johnson. “Our goal with this partnership was not to try and sell the American public cars, but to build trust and a bridge to the hard working men and women who service them. Our new campaign is a special one and, considering Ford is one of the founding companies that helped build this country, I’m proud of the work our service people are accomplishing here as we continue to elevate the game.”

At each stop, Johnson is surrounded by the dedicated people of Ford, including a number of the 35,000 Ford Service technicians committed to maintaining Ford vehicles for millions of customers.