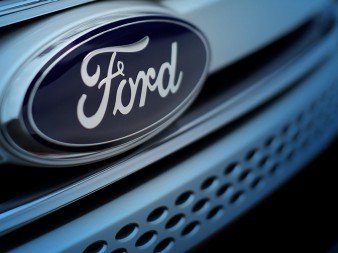 DEARBORN, Mich., March 13, 2017– As manufacturing continues to become greener, Ford Motor Company is going further to shrink its environmental footprint by sharing even more leading sustainability practices with its suppliers around the globe.

The Partnership for A Cleaner Environment (PACE) is part of Ford’s commitment to creating a better world. While many sustainability practices already have been implemented at the company’s manufacturing sites, Ford has expanded the program now to include tools that help suppliers reduce carbon-dioxide emissions and waste, as well as help make water and energy consumption more efficient.

Last year, a second select group of suppliers were invited to join the voluntary program, bringing the number of participating companies to more than 40 in two years. PACE now has the potential to impact nearly 1,100 supplier sites in more than 40 countries.

With programs like PACE showing Ford’s commitment to environmental sustainability and corporate citizenship, Ethisphere Institute today named the automaker to its list of the World’s Most Ethical Companies for the eighth year in a row.

“As a company, it’s important that we make quality products and minimize the impact on the environment by doing things the right way,” said Mary Wroten, senior manager of Ford Supply Chain Sustainability. “Having suppliers that want to share that responsibility shows we can work together to reduce our collective environmental footprint, while still continuing to deliver great products.”

As part of PACE, Ford offers best practices and monitoring tools to help its suppliers track and achieve their own sustainability goals. In return, the suppliers report their environmental progress and share their own best practices. Already, participating suppliers are on track to save an estimated 550 million gallons of water over the next five years – enough to fill 837 Olympic swimming pools– according to data collected in 2016.

However, the fight for sustainability isn’t just about water. Thanks to the current suppliers participating in PACE, carbon emissions could be reduced by nearly 500,000 metric tons worldwide during the next five years. That’s equivalent to eliminating the carbon emissions of over 50,000 homes a year.

Recognizing sustainability is an ongoing commitment, Ford is providing suppliers with a PACE toolkit, complete with more than 350 leading practices across four categories: energy, water, air emissions and waste.

Also among Ford’s leading practices are Energy Treasure Hunts, which allow suppliers to use experts in their own facilities to identify additional opportunities to save resources. Suppliers are encouraged to share their findings with their own supply chain and Ford.

Taking a bigger step to leave a smaller footprint

Ultimately, sharing its impact on environmental sustainability with suppliers has the potential to affect millions around the world.

Operating in 38 countries alone, Ford supplier DENSO has been participating in PACE since the program began in 2014.

“We are serious about protecting lives and preserving the planet, and sharing best practices with Ford helps further that mission to sustain the environment globally,” said Jim Laney, DENSO senior manager of Safety, Health and Environment in North America.

So far, DENSO has set targets for carbon-dioxide reductions in its manufacturing processes. The global supplier also focuses on cutting back electricity and water use with highly efficient equipment. This has meant installing closed circuit cooling systems and replacing metal halide lights with T-8 LED lighting.

Ford is also the first automaker to join the Electronic Industry Citizenship Coalition – a nonprofit organization dedicated to improving social, environmental and ethical conditions in their members’ global supply chains.