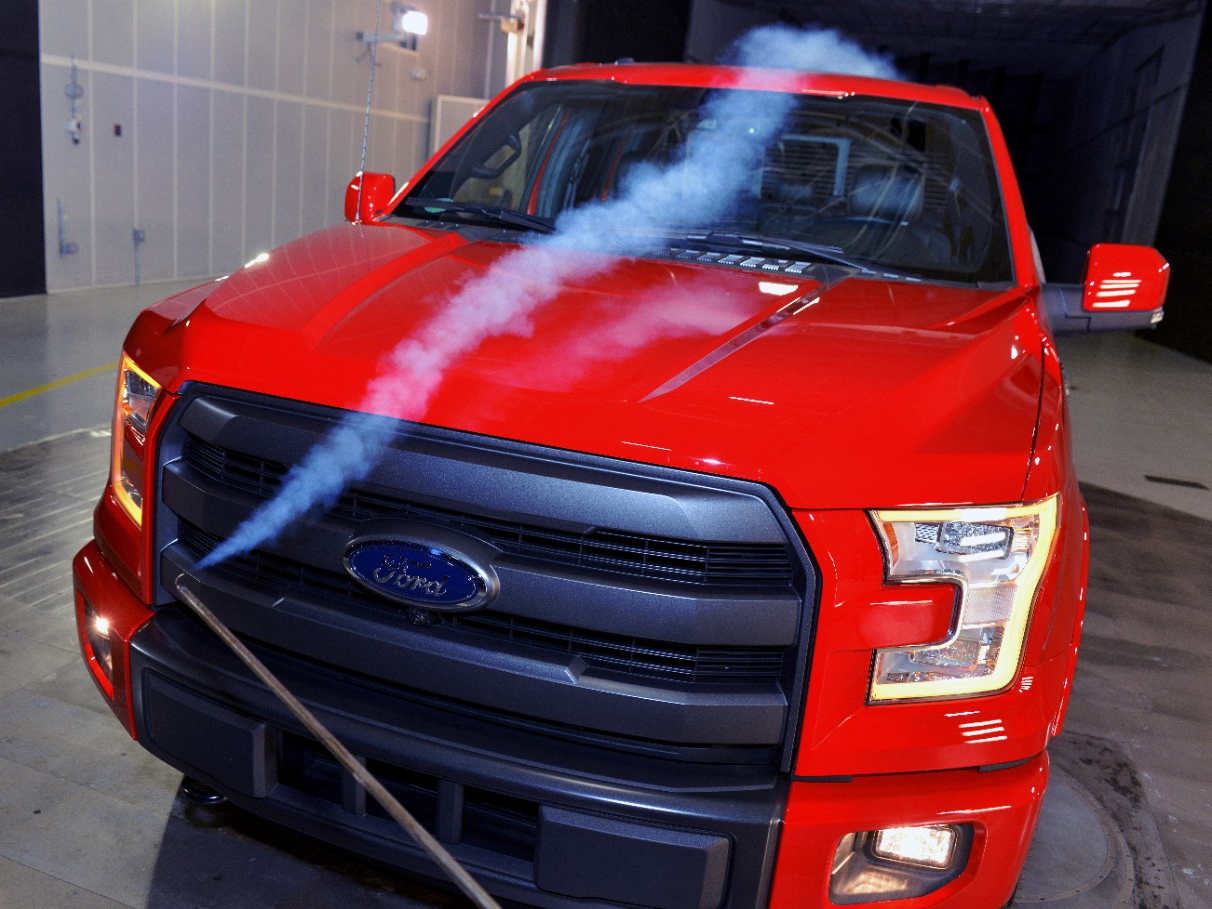 DEARBORN, Mich., Feb. 15, 2017 – Consumers’ appetite for vehicles with greater fuel efficiency and performance has led Ford to invest in a new aerodynamic testing complex that will house a next-generation rolling road wind tunnel and state-of-the-art climatic chamber. The new facility will come complete with testing advancements that better match the technological development of Ford products – both production vehicles and racing vehicles.

Bringing the road to the vehicle

Dennis Paige, lab manager for Ford’s Driveability Testing Facilities, points out that advanced features, development and innovation require that testing and verification technology keep pace with the evolution of the automobile and the industry as a whole. That’s where the new facility comes into play.

Ford’s new wind tunnel complex better positions its engineers to conduct testing that proves out advancements in vehicle design. A new five-belt conveyor system can replicate real-world drag through a rolling road aerodynamic tunnel that enables Ford to bring the road to the vehicle, rather than the vehicle to the road.

To test for optimal fuel efficiency, each wheel gets its own belt. The massive fifth belt runs under the center of the vehicle, allowing airflow around the entire vehicle at speeds up to 155 mph. As a part of the rolling road belt cartridge system, a crane will be used to switch between the five belt and single belt systems – an industrial-sized plug-and-play approach bringing two testing methods into one. The single belt – which operates at up to 200 mph – opens up a new breed of testing for high-speed performance and racing vehicles.

Wind speeds that will blow you away

Together with the rolling road, the wind tunnel complex will produce full environmental airflow simulation, with speeds from 155 mph to 200 mph. This expanded air-flow will enable engineers to validate vehicle designs at a higher quality and repeatability. This strengthens testing for aerodynamic shielding, high-speed performance and other design features.

“"This new wind tunnel facility will not only allow us to test our performance and racing vehicle line-up but will also enable us to share innovations across all our global Ford products,” said Dave Pericak, Ford Performance global director.