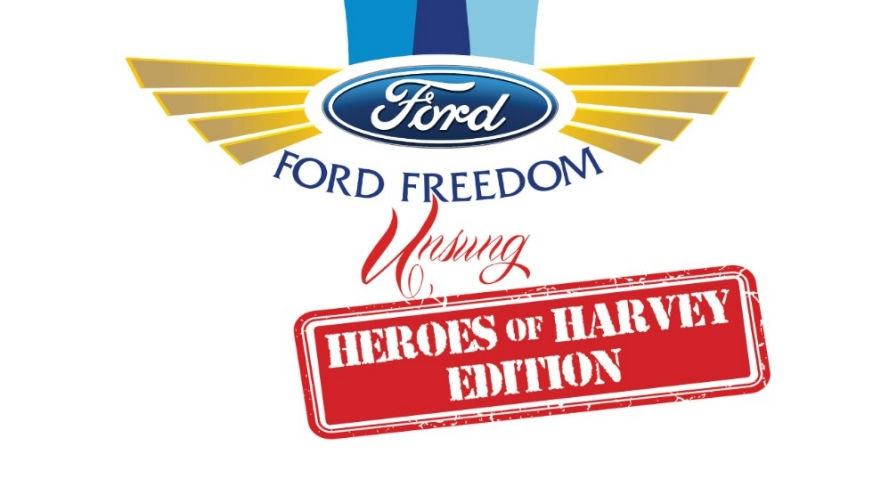 HOUSTON, Feb. 8, 2018 – Ford Motor Company today announced the winners of the Ford Freedom Unsung “Heroes of Harvey” Awards, celebrating individuals who have made significant contributions in their community during the hurricane relief efforts. Honorees are being recognized for their outstanding achievements at a special reception in their honor that takes place at the Bell Tower in Houston.

Made possible by a grant from Ford Motor Company Fund, the philanthropic arm of Ford Motor Company, Ford Freedom Unsung salutes and honors individuals who went above and beyond to support the community during this difficult time. Residents of the Greater Houston Area area were invited to nominate unsung heroes who demonstrated heroic deeds during the relief efforts.

“In the face of tremendous difficulty, Houstonians came together to support each other and their community,” said Pamela Alexander, director of Community Development, Ford Motor Company Fund.  “We congratulate the winners and are proud to honor their selfless acts.”

Ford is bringing its national program to Greater Houston Area as part of its ongoing commitment to honor distinguished Americans who dedicate their lives to improving their communities and the world. Uncle Larry Jones, veteran air personality at MAJIC 102.1, will serve as master of ceremonies of the event.

The 2018 Ford Freedom Unsung “Heroes of Harvey” Award recipients are:

Houston is one of 26 markets in the United States and Puerto Rico where Ford and its dealers have expanded their commitment to meet community needs by collaborating on programs and nonprofit outreach. The initiative, known as Operation Better World, was launched in 2008.

Ford Motor Company supports programs that make a positive difference in the neighborhoods and communities where the company does business. Other initiatives that have taken place in the Houston area include:

Overall, Ford has invested more than 25 million in community building initiatives since 2000 in the state of Texas.