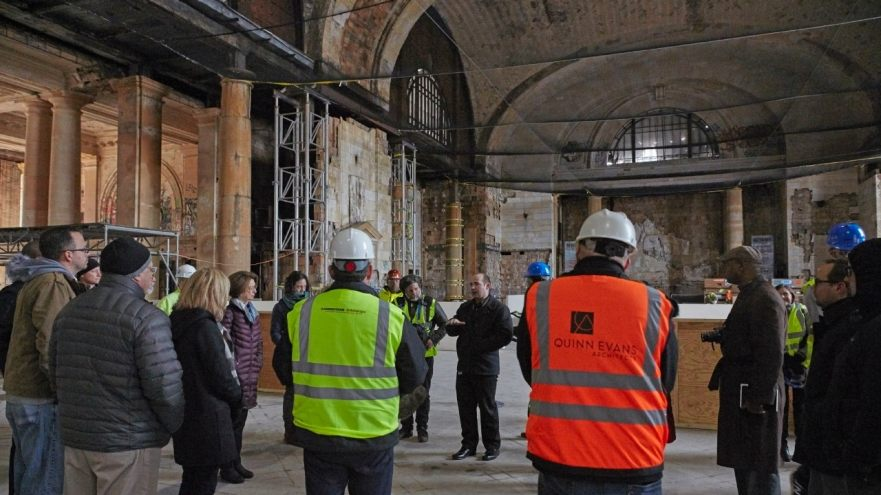 DETROIT, Dec. 4, 2018 – This week, Ford begins its renovation of 105-year-old Michigan Central Station in the historic Corktown neighborhood. In revitalizing this Detroit landmark into the centerpiece of a new campus, Ford seeks to shape the future of transportation.

The three-phase project begins with the winterization of the massive building to dry it out from extensive water damage it sustained over the years and stabilizing the structure. Phase two involves replacing mechanical and electrical systems and restoring exterior masonry. The final phase entails finishing and restoring the interior. Ford plans to return the grand hall of the station to its original grandeur and attract local shops and restaurants in support of a vibrant, inclusive public space for all.

“We’re excited to start construction on this transformational project,” said Mary Culler, Detroit development director, Ford Motor Company. “The building has been open to the elements for years so the work being done first is mainly internal, weatherizing and making the building stable. Come spring, things will become more visible to the community. And it’s not just physical construction happening, behind the scenes we are designing and planning an urban ecosystem built around the future of mobility.”

In June, Ford acquired the iconic train station and plans to transform it and surrounding properties into a 1.2-million-square-foot innovation campus where Ford and its partners will work on autonomous and electric vehicle businesses, and design urban mobility services and solutions. The project will bring approximately 2,500 Ford employees to Corktown, most from the company’s mobility team, and an additional 2,500 jobs with Ford’s partners and suppliers.

As part of its effort to create a thriving work-live-play community in Corktown, Ford has engaged Urban Land Institute, the nation’s premier nonprofit urban planning and real estate education and research institution, to provide strategic advice on the project’s development. This week, the Urban Land Institute team is touring sites in Corktown, including Michigan Central Station, and conducting in-depth interviews with a range of stakeholders from Ford, the City of Detroit, local businesses, civic organizations and residents.

Abandoned in 1988, Michigan Central Station has sustained decades of damage from rain and freeze-thaw effect, a process in which temperature changes from freezing to thawing expand cracks and holes in the masonry. The structure soaked up tons of water over the years and steps must be taken to dry out the building, assess the damage, and plan for repairs and restoration. Leaving the building exposed through another winter would accelerate damage to walls, floors, ceilings and the structure’s historic fabric.

A combination of plywood and tarpaulin will be used to cover open windows and exterior holes on the roof of the massive 600,000-square-foot structure to prevent more rain and inclement weather damage. A series of pumps will be installed in the basement to prevent further flooding and fans will be placed to circulate air through the building. Using natural ventilation and evaporation is the best way to dry out the building rather than rapid heating systems, which could cause irreparable harm to historic features.

“The building is very lucky Ford stepped in when it did,” said Ronald D. Staley, executive director of the Christman-Brinker joint venture selected as the construction manager for the project. “It would have been a lot more difficult, maybe impossible five to 10 years down the road to salvage. The first year is going to be primarily about doing core and shell work, getting the building stabilized, concrete and steel fixed, and the building enclosed.”

Once the building is dried out – a process that will take around six months for the majority of the structure – the construction team will move on to the second phase, which includes replacing mechanical and electrical systems and restoring the exterior masonry. The train station is comprised of eight acres of masonry and certain aspects of repair and restoration can only be done in good weather.

The final phase will focus on finishing the interior, returning the waiting room to its original grandeur, and restoring plaster and other decorative pieces. Ford plans to use 3D printing to create the various molds and mockups that will be required in replicating the many historic elements that have deteriorated over the years or are missing. It also includes creating new office space, new areas for public interaction and new retail space.

More visible signs of the building’s transformation will begin next summer when an extensive scaffolding system goes up and an exterior construction lift is added to the east end of the station. The masonry work is expected to take three summers.

While Ford has its own real estate arm in Ford Land, the company is gathering additional insights and industry-leading knowledge from a variety of experts, including Urban Land Institute, to provide independent views that will inform its planning and design process and help create a thriving community in Corktown.

Urban Land Institute’s land use and urban planning experts will provide independent and unbiased recommendations through an advisory services panel process on how to connect various pieces of the development project – the train station and other buildings – to create a holistic ecosystem in Corktown.

“For them to come in and share their knowledge, with experts from all over the world who have worked on similar projects, is really beneficial for us,” said Culler. “We’re anxious to hear what they have to say. They’re a renowned organization that can help us think through strategic parts of this momentous four-year project.”

Ford’s partnership with Urban Land Institute underscores its commitment to work with the City of Detroit and Corktown residents and businesses to ensure its development efforts align with the historic nature of the community and complement other planned developments in the area. 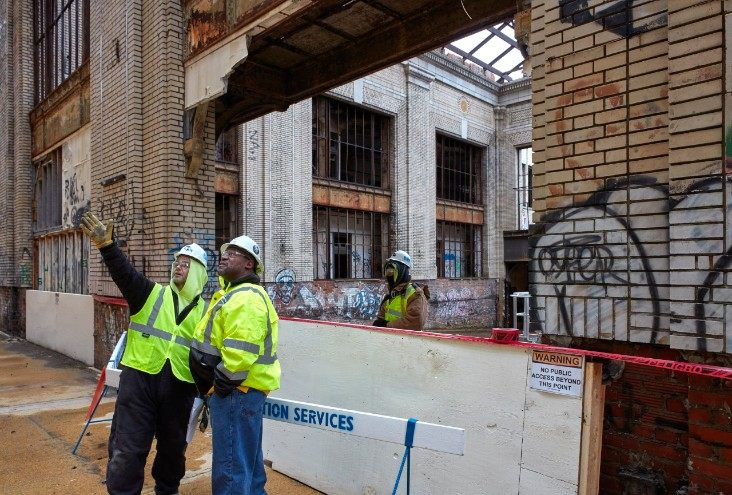 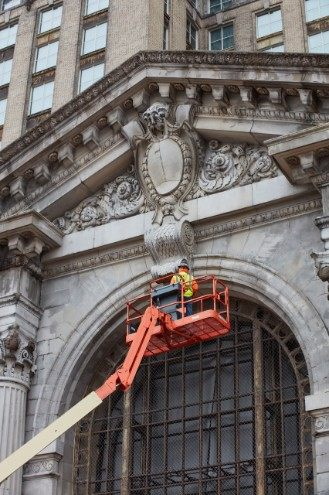 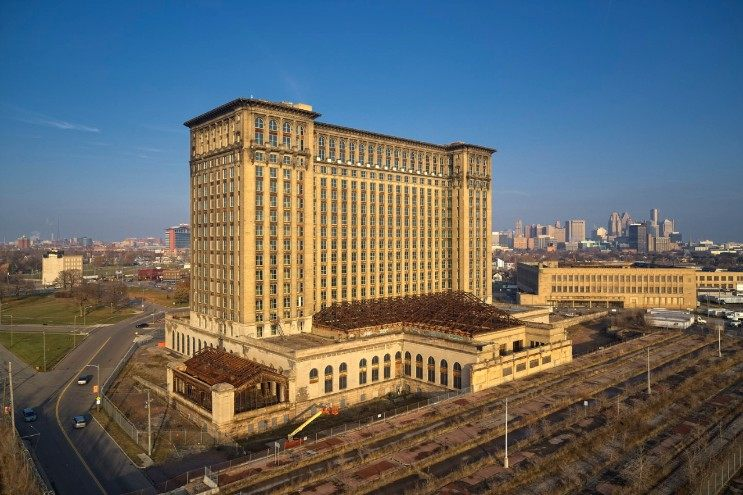