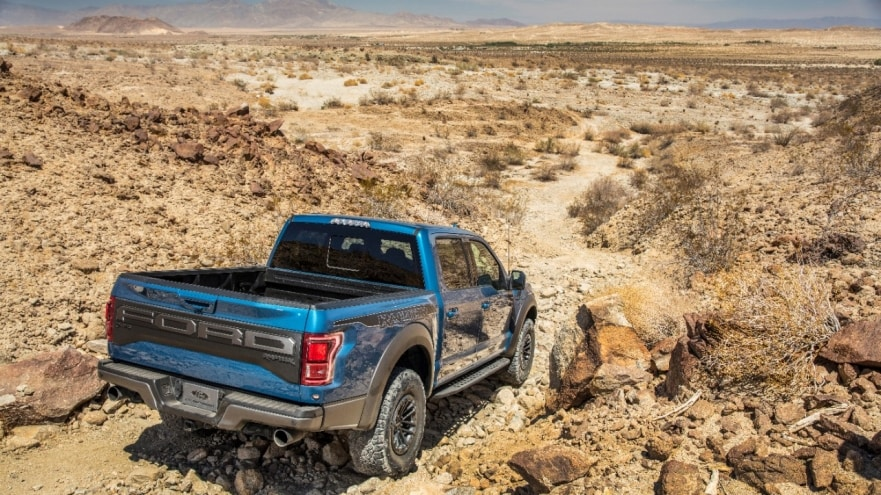 FORD COMES ABOARD AS OFFICIAL VEHICLE OF KING OF THE HAMMERS, ULTRA4 EXTREME OFF-ROAD RACING

RELATED: Off-Road Testing the All-New Ford Bronco in the Wild

DEARBORN, Mich., Jan. 30, 2020 – With its growing lineup of rugged off-road trucks and SUVs, Ford is coming aboard as official vehicle of the King of The Hammers and ULTRA4 extreme off-road racing series.

“Working with ULTRA4 Racing and King of the Hammers is a natural for Ford based on our truck, SUV and off-road heritage,” said Mark Rushbrook, global director, Ford Performance Motorsports. “Our participation in King of the Hammers builds on our rich history of off-roading by continuing to deliver on Built Ford Tough in the most demanding conditions.”

The signature race of ULTRA4, an international race organization developing vehicles for multiple motorsports disciplines including rock crawling, high-speed desert racing and short-course events, King of The Hammers attracts approximately 75,000 spectators with more than 1 million online viewers to its grueling annual race in the Johnson Valley of California.

This year’s event, Feb. 8, will see more than 450 teams from around the world – in both modified stock and extreme off-road vehicles – compete to be crowned king in one of the most grueling desert courses ever created combining high-speed racing with low-speed rock crawling.

“Our racers and spectators are as authentic and passionate as they come,” said Dave Cole, president, Hammerking Productions/ULTRA4 Racing. “Our dedicated staff, loyal fans and fearless racers have helped build this motorsport and lifestyle platform for more than a decade, and we couldn’t be more excited to get the 2020 racing season started with Ford as our official vehicle partner.”

Ford’s collaboration with ULTRA4 continues its growing presence in the off-road enthusiast realm. Recently, Ford stepped up to serve as official truck and SUV of SCORE-International Off-Road Racing, which holds the Baja 500, Baja 1000 and San Felipe 250 championships in Mexico. Ford also serves as official vehicle of the Best in the Desert race series.