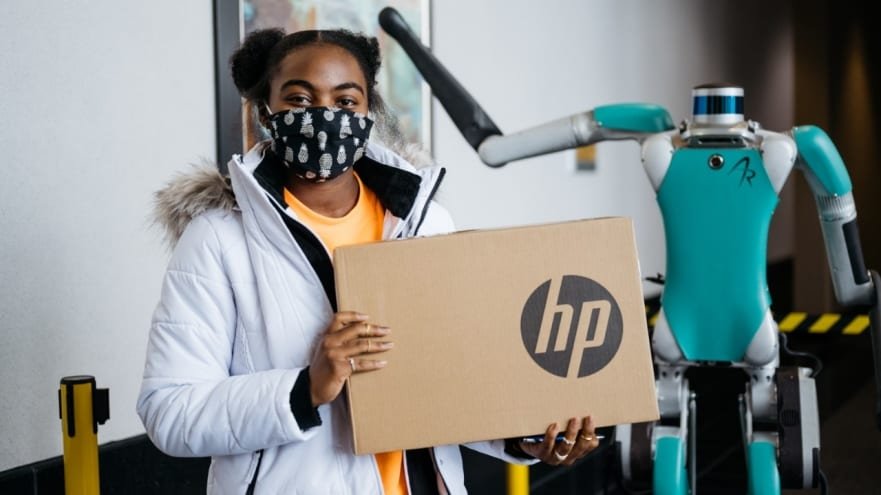 DEARBORN, Mich., Feb. 5, 2021 – Ford is donating more than 40 laptops to the Girls in Engineering Academy, in an effort to support underserved students in the program and boost their education in STEM (science, technology, engineering and math) subjects.

Developed by The Engineering Society of Detroit, the Girls in Engineering program aims to prepare and encourage middle school girls, particularly in Metro Detroit, to enter college and study engineering at a level competitive with other students. The program first launched in 2017 and is now seeing its first class of middle school members enter high school.

“Many students simply do not have access to the tools and support they need to further their education in math and science, especially as the pandemic persists,” said Randy Strawsine, STEM lead, Ford Motor Company. “We’re proud to donate these laptops to the Girls in Engineering Academy and strengthen our commitment to STEM education, especially for underserved students throughout Detroit.”

In response to the COVID-19 pandemic, the Girls in Engineering Academy has moved its students into a virtual setting. Because many students do not have access to a computer at home, the laptop donation from Ford will remove restrictions to remote learning and allow the Academy to more easily support these girls’ continuing education.

“While K–12 students’ access to computers and the Internet improved during the pandemic-plagued and largely remote fall school term of 2020, a clear digital divide persists, especially among African-American, Hispanic and low-income students,” said Gerald O. Thompkins, Ph.D., program manager and GEA director. “According to recent research by the National Center for Education Statistics, 67 percent of white students were likely to use the Internet, but just 47 percent of African-American students, 44 percent of Hispanic students, and 58 percent of Asian-American students were likely to do so. Internet connectivity and access remains problematic for many Detroit families.

“Ford’s contribution to purchase laptops for the Girls in Engineering Academy program will be a tremendous boon for our students in their academic pursuits, however, we have to remain cognizant that there are a number of families who do not have Internet access and/or computer devices. This is a major problem and we hope to work with corporate America – like we have with the Ford Motor Company – to acquire the resources to help ameliorate this problem,” Thompkins said.

Every year, the Girls in Engineering Academy recruits approximately 30 girls, with the goal of supporting their education through middle school, high school and until the time they enter the workforce. The Academy offers academic year programs as well as a four-week summer experience centered on a curriculum that’s been designed with input from female engineering faculty, in order to motivate members to explore a career in engineering.

With a retention rate of approximately 85 percent, the organization is focused on supporting three key goals:

At the laptop distribution, Ford introduced students to its humanoid robot Digit to inspire them to continue cultivating an interest in science, technology, engineering and math. Ford is exploring multiple ways Digit could be deployed in the future, including in the commercial and autonomous vehicle space. Digit is just one example of the company’s digitally led transformation driving ongoing recruitment and hiring of students with cutting-edge skills in technology, software, robotics and other advanced engineering areas. Students were able to learn about Digit and pose for pictures with the robot as well.

The laptop donation is part of a larger effort at Ford to expand its support for STEM programs around the country, and the latest action taken to support The Engineering Society of Detroit. Ford has provided funding for the Girls in Engineering Academy in recent years and plans to continue supporting the program in 2021.