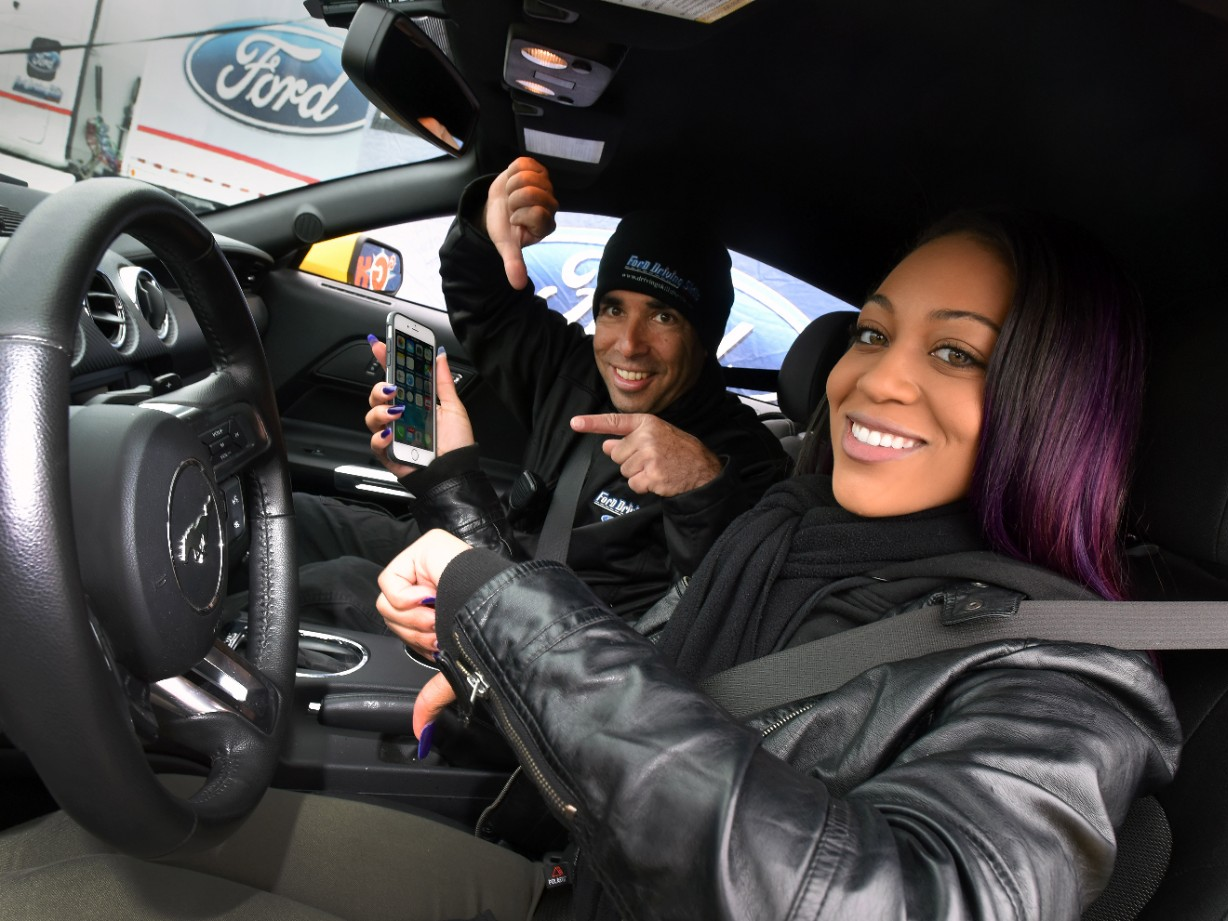 DEARBORN, Mich., March 22, 2017 – With high school prom season around the corner, more than 32,000 students across the United States will take part in a first-ever Ford Driving Skills For Life (DSFL) virtual assembly to learn about the dangers of impaired and distracted driving.

The assembly, which starts at 12 p.m. ET, will include Ford’s “Drunk Driving Suit,” which simulates impairment and slows movement, reduces coordination, blurs vision and makes tasks difficult. Students from Hyde Park High School in Austin, Texas, who have previously used the suit, will talk about their experiences on screen.

Ford DSFL’s professional drivers and instructors will conduct the 40-minute digital class from the lobby of the Ford Rouge Factory Visitor Center, part of Ford’s historic Rouge manufacturing complex. To register, go to DrivingSkillsforLife.com. Watch the assembly on YouTube here. Other viewers can Tweet @FordDSFL or write a comment in the YouTube comment section to be answered live.

“Prom is both an exciting yet dangerous time of year for teen drivers,” said James Graham, global manager, Ford Driving Skills for Life. “One of the biggest distractions is additional passengers. We talk to teens about limiting the amount of people in their vehicle as well as buckling-up. Ultimately, we hope that with this assembly we can positively impact teens to make the right choice behind-the-wheel and make it home safely.”

Since 2003, Ford Driving Skills for Life has provided free driver training in a hands-on environment to more than 1 million newly licensed drivers around the world.

The award-winning program captures teen and parent interest with free ride-and-drive courses that pair newly licensed drivers with professional driving instructors. The focus is on the issues and obstacles drivers face that cause crashes.

In addition to warning about the dangers of impaired and distracted driving through Ford’s drugged and drunk driving suits, this year will feature virtual reality training tools to help new drivers navigate traffic circles, pedestrians and bicyclists.

Special emphasis for 2017 includes instruction for drivers ages 18-20, who are involved in more fatal crashes than younger teens. In addition, many organizations serving teens will incorporate “The Academy,” a web-based curriculum at www.drivingskillsforlife.com, into their programs. Grants will also be provided to states to focus on latest issues facing drivers.

“ Mission Not Accomplished: Teen Safe Driving, the Next Chapter,” a Governors Highway Safety Association report released in October, shows that despite progress reducing teen driving deaths from 2005 to 2014, teen drivers are still 1.6 times more likely to be involved in a fatal crash than adults 35-40. Data shows teen driver-involved traffic crashes and fatalities increased 10 percent in 2016 over 2015 – the first increase since 2006.