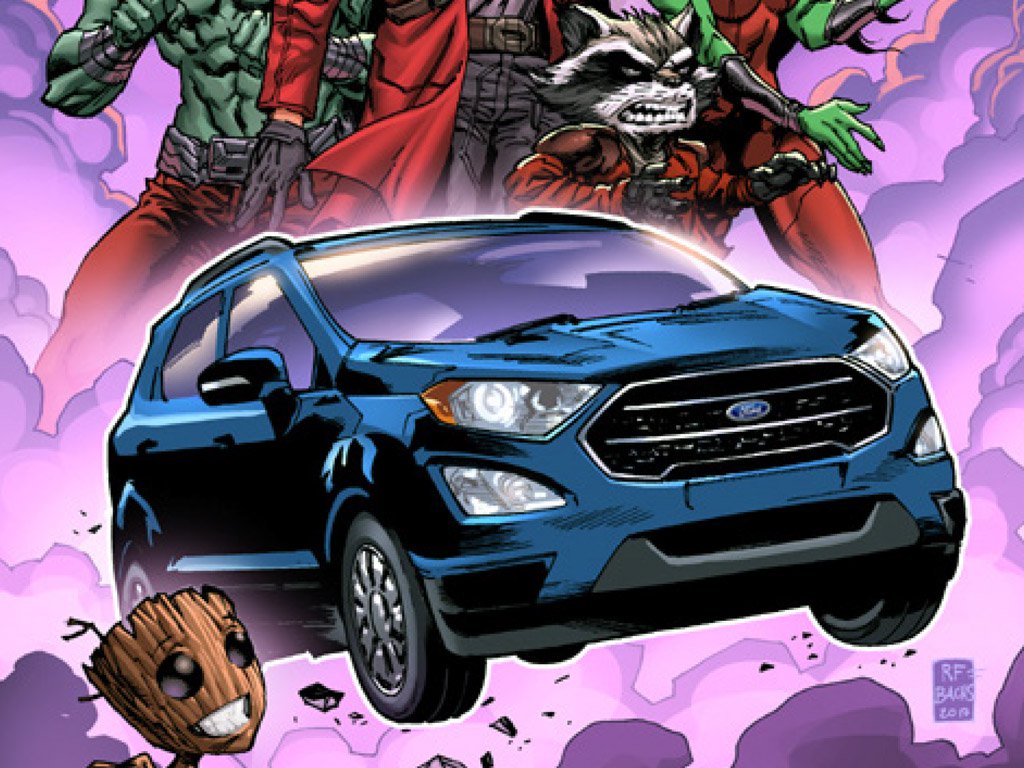 DEARBORN, Mich., April 11, 2017 – You don’t have to be Groot to go small and live big. Ford’s all-new EcoSport – the fun, capable and connected compact SUV – brings personality to the big screen as the official vehicle of Marvel Studios’ “Guardians of the Galaxy Vol. 2.”

“EcoSport is our smallest SUV, designed for active customers who need a compact, connected vehicle that enables richer experiences with family and friends,” said Chantel Lenard, executive director, Ford U.S. marketing. “Teaming up with Marvel is a perfect way to share how EcoSport turns every drive into a chance to live big, enabling our Earth-bound customers to experience as many adventures as ‘Guardians of the Galaxy’ offers.”

EcoSport joins Ford’s best-selling SUV lineup. Packed with personality, customers can choose either the award-winning, 1.0-liter three-cylinder turbocharged EcoBoost® or 2.0-liter four-cylinder engine. SYNC® 3, a floating 8-inch touch screen and Wi-Fi hotspot are available, as well as SYNC Connect. The technology gives FordPass® members remote access to their EcoSport from their mobile device – including the ability to start, lock, unlock and locate it from almost anywhere on Earth.

The personalization possibilities of EcoSport are brought to life through interactive elements of Ford’s collaboration with Marvel. In addition to 10 color choices, seven standard ambient lighting options and four trim offerings, EcoSport will give fans a new way to show off their inner Super Hero with a special Guardian Builder tool featuring more than 200 visual character elements from which to build and share their creations by visiting Marvel.com/EcoSport.

Fans can continue the experience by entering the “Be the Guardian of Your Galaxy” sweepstakes at www.marvel.com/ecosport. Entrants get a chance to win a Ford EcoSport, a hometown screening of the movie, one of 150 custom illustrations by a Marvel artist depicting the fan as a galactic hero, and plenty of swag.

Ford EcoSport, Groot, Star-Lord, Gamora, Drax and Rocket will also appear in a limited 500 print run comic book that will also be published digitally online for a short period.

EcoSport goes on sale in early 2018. Catch Ford’s all-new compact SUV in Marvel Studios’ “Guardians of the Galaxy Vol. 2,” in theaters May 5.