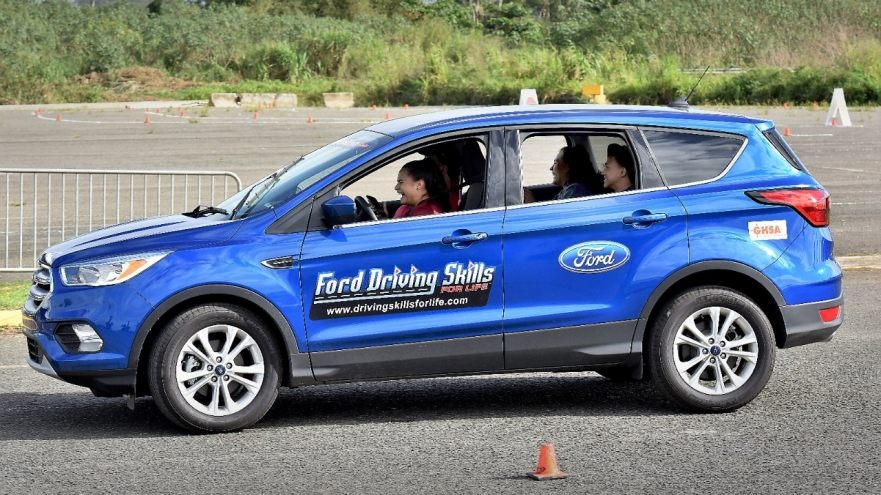 CAROLINA, Puerto Rico, March 6, 2019 – Ford Motor Company Fund returned to Puerto Rico with its award-winning Driving Skills for Life program, as part of the company’s ongoing commitment to the island. This is the second time that Ford brings its free Driving Skills for Life program to Puerto Rico to help teens learn safe driving skills beyond what they learn in standard driver education programs.

According to statistics from the 2017 Traffic Safety Commission, reckless driver behavior remains a major contributing factor in fatal crashes in Puerto Rico, with most of the fatalities being among those ages 16 - 24.

Students, teachers and parents attending the activities also will have the opportunity to tour the Mobile Science Lab (Ciencia Móvil) vehicle, donated by Ford to Centros Sor Isolina Ferré and the Proyecto Nacer ‘On the Go’ Clinic – two initiatives that are part of Ford’s ongoing recovery efforts on the island. Students participated in a four-station workshop in the Mobile Science Lab to showcase the activities available to schools in various communities by the traveling science lab.

Driving Skills for Life is part of Ford Fund’s commitment to building stronger communities and helping make people’s lives better in Puerto Rico. Since 2012, Ford and Ford Fund have invested more than $3 million in community-building programs through its Operation Better World initiative, including disaster relief and recovery efforts as well as educational initiatives such as Ford Driving Dreams and Latin GRAMMY® In The Schools.