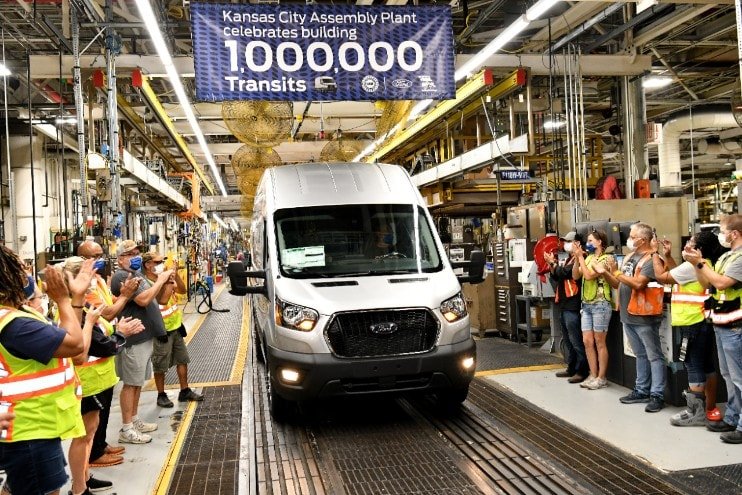 The one millionth Transit rolled off the line June 29. It is an ingot silver, high-roof, extended wheelbase cargo van with rear-wheel drive. A Ford dealer in California ordered it.