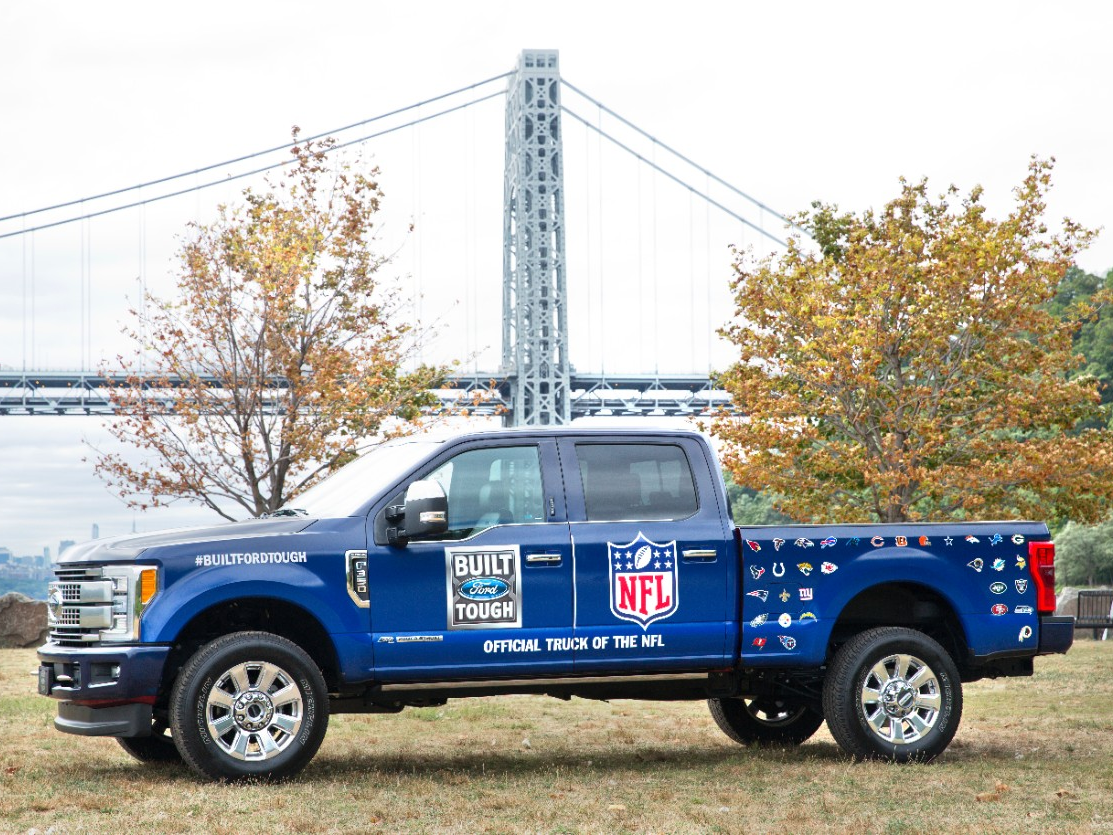 DEARBORN, Mich., Nov. 2, 2016 – Ford, the Official Truck of the National Football League, kicks off a nine-city Ford Toughest Tailgate tour in Miami this week, giving fans and local community heroes the chance to experience a tailgate party unlike ever before.

“Football – just like Ford trucks – is about being tough, smart and capable,” says Mark LaNeve, Ford vice president, U.S. marketing, sales and service. “But what really makes football great are the fans, just like our own hardworking customers. We’re giving back to both fans and our customers with this opportunity to experience a once-in-a-lifetime Built Ford Tough tailgate party and NFL game.”

One FordPass member in each of the nine cities will be presented the opportunity to attend a Ford Toughest Tailgate event and NFL game for two people.

FordPass is a free smartphone app that serves as a one-stop shop for ownership and transportation needs – including the ability to find, reserve and pay for parking spots in advance. To learn more about FordPass, visit www.fordpass.com.

Stops on the Toughest Tailgate tour include (week of):

Ford commitment to salute and serve
In Miami, Pittsburgh and Dallas, Ford is continuing its commitment to the U.S. military with a private tailgate lunch for local service men and women on base.

Ford has been committed to supporting the military as far back as the early 1900s through the efforts of company founder Henry Ford. The Ford Toughest Tailgate tour celebrates, rewards and supports military personnel who continue to serve both their communities and their country.