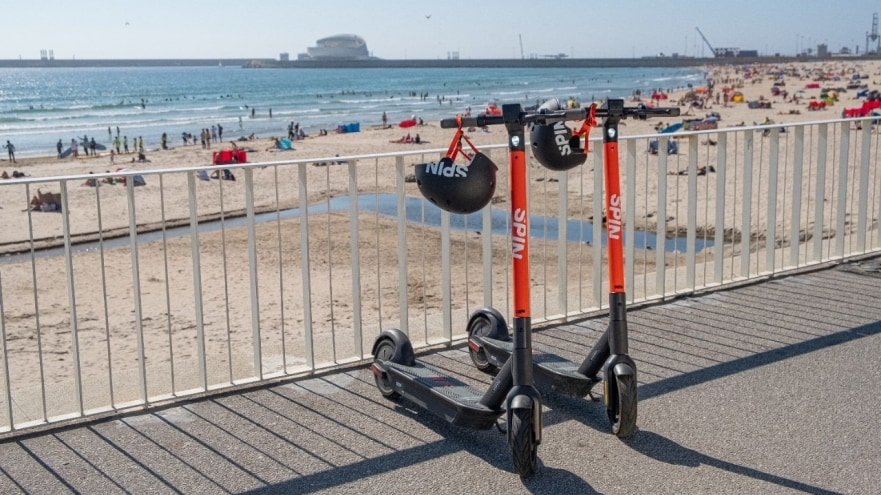 Matosinhos, PORTUGAL, September 7, 2021 – Spin, the micromobility unit of Ford Motor Company, announced it is expanding its micromobility services in Europe to the city of Matosinhos, Portugal. Starting this week, Spin will provide an initial fleet of 200 e-scooters to residents and visitors, with plans to scale the fleet based on consumer demand. The company also plans to expand to additional cities in Portugal by the end of the year.

“Portugal is our sixth international launch to date and we continue to see heavy adoption of micromobility all around the world,” said Ben Bear, CEO of Spin. “We applaud the work that Portugal is doing to provide alternative transit solutions that support the country’s climate efforts. We look forward to continuing our expansion into other Iberian cities over the course of this year.”

Matosinhos has established a strong commitment to sustainability aligning closely with Spin’s sustainability goals. Matosinhos is one of eight European cities participating in a project led by Amsterdam Bilbao Citizen Driven Smart Cities (ATELIER) that aims to reduce CO2 emissions by 1.7 kilotons in urban areas in the next few years.

The launch in Matosinhos will include a collaboration between Spin and CEIIA, the largest and most renowned Portuguese Engineering and Development Center. CEIIA is spearheading AYR, a project designed to reward city residents for their sustainable behaviors. AYR will quantify the reduction of CO2 emissions by users who choose to use Spin's shared fleet instead of a car and award them credits in a digital wallet. These accumulated credits can then be exchanged for goods or services in Matosinhos.

Felix Petersen, Head of Europe at Spin said, "We are excited to bring the first of our e-scooter fleets in Portugal to Matosinhos, a city that is adopting ambitious commitments towards decarbonization, renewable energy, and providing greener transit options. Spin aims to be a close player in this transformation. We believe Portugal shares our vision for mobility and we’re committed to helping the country reach its goals.”

Spin is working closely with the municipality to develop its fleet responsibly, with public safety as the main priority. Spin plans to organize a series of public education events to inform residents of Matosinhos about safe riding practices. Spin is also investing in the local community, hiring 11 positions to help manage our operations in the city. E-scooters in Matosinhos will cost 1€ to unlock and 0.19€ per minute to ride.