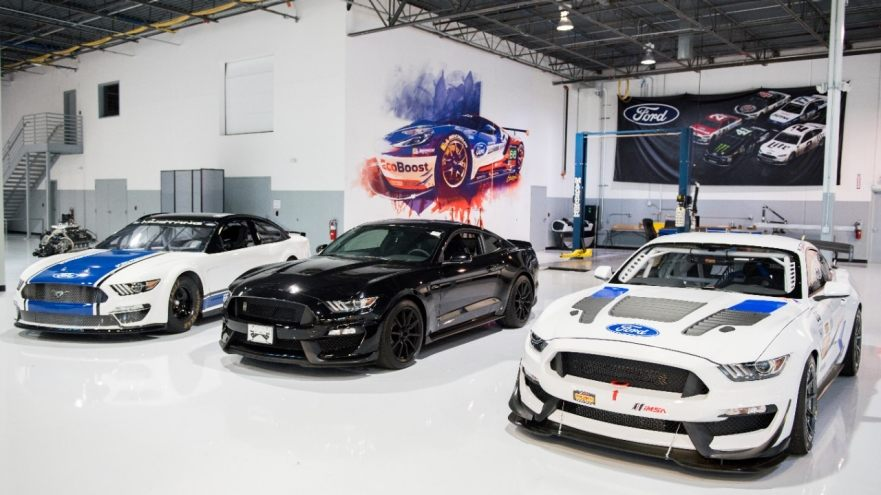 Breakthroughs including a daily driving vehicle simulator, 3D race environment and other advancements are helping Ford improve product development fitness by reducing the number of physical prototypes. In its latest move, Ford is working to speed up vehicle development and reduce costs through a new production vehicle dynamic simulator in a 33,000-square-foot facility in the heart of NASCAR country in North Carolina.

The initial purpose of the facility – up and running since 2014 – was to develop and test racecars virtually through an immersive simulator. But the tools have become so good so fast that Ford is now using the technology for its production vehicles.

“The mission of Ford Performance is to transfer innovations from racetracks to the driveways of new Ford vehicle owners,” said Mark Rushbrook, global director, Ford Performance. “The tech center and this new driving simulator are two of the most important steps we have taken to help our mainstream engineering partners make sure the next Edge or F-150 is great to drive – even if you don’t check the performance model box.”

A New Day in Product Development

How good are Ford’s advanced aerodynamic development tools? The 2019 NHRA Funny Car program will have no prototype bodies physically created before the racing body is built – a milestone in the history of Ford racing development.

Ford is so confident in its dynamic simulator, development and testing tools that much of its race testing is now done in advance of ever arriving at a racetrack. Virtual prototyping and simulator tools help optimize both performance and manufacturing capability, which becomes critical when designing production vehicles – often made in volumes in the hundreds of thousands annually.

Along with the new simulator, Ford is using several other advanced tools to help speed production development times and cut costs. These include a new dynamic simulator, computational fluid dynamics for aerodynamic testing and virtual manufacturing. Together, these tools are migrating from the super-high-tech, low-volume racing development world to Ford’s global product development system.

The racing simulator at the Concord facility also received a recent upgrade and now features an immersive 3D environment for drivers.

“I’ve used the simulator a lot and have gotten used to the normal vision, so I was quite apprehensive when they told me we are going 3D,” said Richard Westbrook, driver of the No. 67 IMSA Ford GT, who will be vying to capture a championship next month. “It really is a step up in terms of reality. With all the hard work at the Ford Performance tech center, we now have something we can really rely on to give us a good car when we roll it off the truck in real life.”

Before the then-new Ford GT ever put its tires on a racetrack, it racked up hundreds of hours of testing on virtual racetracks around the world.

Each simulator runs on numerous software programs that must all be calibrated to work in perfect harmony – operation, movement, visuals, audio, physics modeling, environment replication, results analysis – so that the experience remains as natural as possible for the operator. Even the slightest amount of difference could pull someone out of focus and induce motion sickness.

Along with upgrades to the race simulator, other breakthroughs include supercomputer modeling of race and regular tires to improve rubber wear and performance.