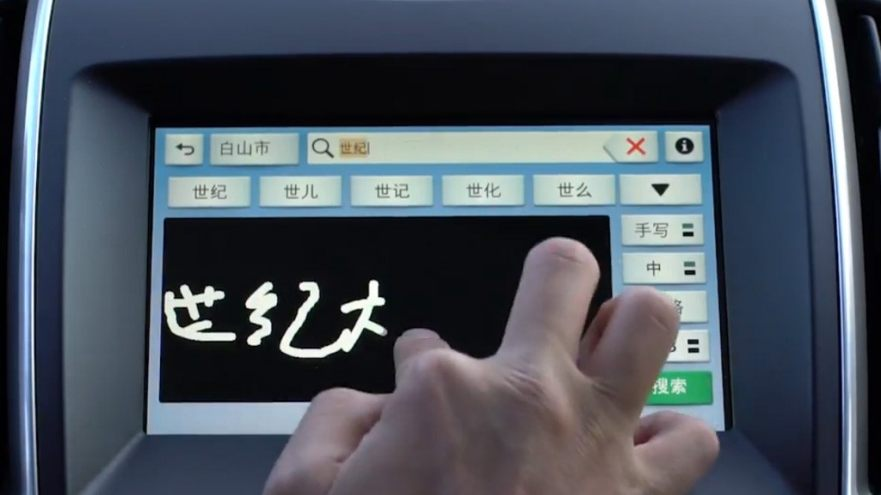 With SYNC 3, Ford’s next generation in-car media and navigation system, Mustang can understand handwritten Chinese characters inputted with a swipe of the finger. With enhanced voice recognition technology, SYNC 3 also recognizes voice commands in Mandarin Chinese providing drivers with a seamless connectivity experience, from selecting music to searching for a destination.

Previously, inputting Chinese characters on an in-car touch screen would require typing in pinyin (phonetic spellings of Chinese words using the alphabet) and then selecting one of multiple characters, all of which have analogous pronunciations, in order to enter a command or search for a destination. Even with predictive technology, this process can be slow and less intuitive for the driver, and doesn’t suit people – usually older Chinese – who have difficulties using pinyin.

“The Chinese version of SYNC 3 is far more than just a translation of a global technology,” said Fisher Xu, SYNC Supervisor for Ford Asia Pacific. “It’s really been localized to respond to a Chinese driver’s needs with a local point of view, from the voice commands that understand our accents and our habits, to the way we structure our statements.”

“For instance, when you talk to a friend in China and they ask where you are, they’re really looking for a building name or a point of interest, not a street number. That’s probably different to other parts of the world, and SYNC 3 is smart enough to know this local preference, seamlessly.”

Ford’s multi-modal handwriting feature allows users to scribble characters by hand, and instantly recognizes each stroke of the character as it is made, by tracing it and turning it into a typeface. With more than 2,500 commonly used characters in the Chinese language and a wide range of different writing styles and habits, it leverages automatic association technology based on a large database of characters and fuzzy search algorithms to save users time and increase accuracy.

SYNC 3 can also decipher Chinese characters written at angles of up to 15 degrees. This means that after a driver is buckled up and about to pull out of a parking space, they can lean over and comfortably handwrite any address or point of interest. Or, while they’re driving, their front seat passenger can lean across and scribble, and the system understands that just as easily. After the system finds the address, the driver or passenger can zoom in and out on the map just by pinching the 8-inch screen, just as they would on a smartphone.

The all-new, all-American muscle car was introduced in Asia for the first time in 2015, to coincide with the pony car’s 50th anniversary. Sales in China have continued to grow, jumping 45 percent in of 2016, making it the country’s best-selling sports coupe.

In addition to Mustang, SYNC 3’s Chinese handwriting feature is now available in several different Ford nameplates sold in China, including the Focus and Taurus Limited Edition passenger cars, and the Edge, Kuga, and Explorer SUVs.