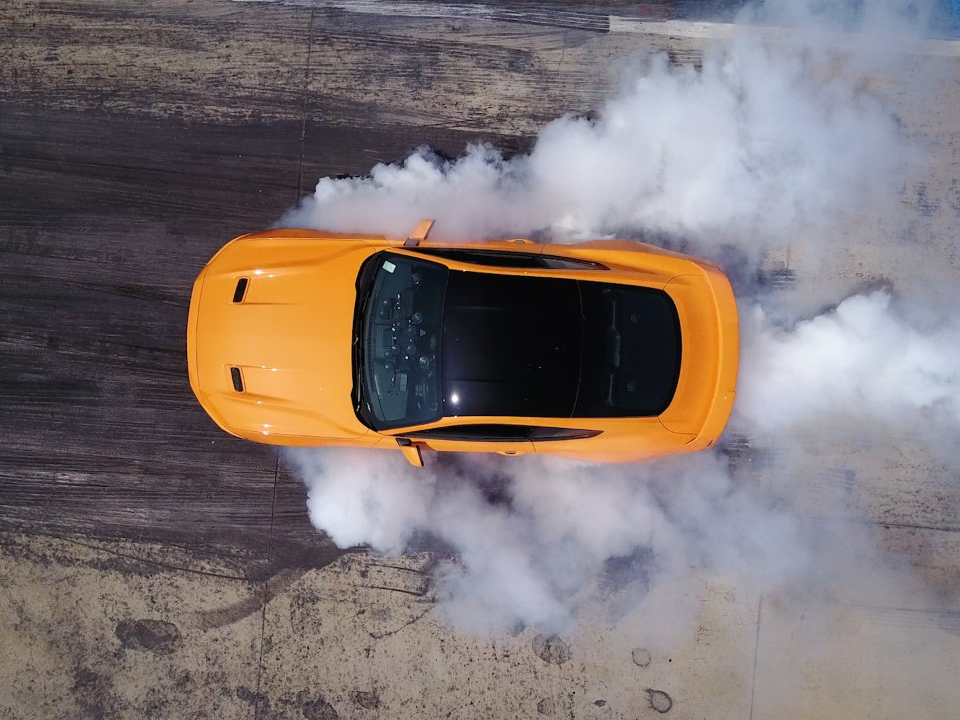 DEARBORN, Mich., June 29, 2017 – More rubber meets the road later this year when Ford expands the availability of electronic line-lock on 2018 Mustang. The track-exclusive feature – previously available only on V8-powered Mustang GT – will be standard on all pony cars, including those equipped with 2.3-liter EcoBoost® engines.

The feature is available with either the 10-speed SelectShift® automatic or six-speed manual transmission.

On models equipped with an available 12-inch, all-digital instrument display, drivers will see an industry-first, video-game-like animation of a spinning alloy wheel kicking up a cloud of smoke to indicate when the electronic line-lock feature is activated.

“Burnouts just never get old, no matter how old you are and how many times you’ve done them,” said Vaughn Gittin Jr., Formula Drift Champion. “Who would have thought that we would see an EcoBoost Mustang producing 15 seconds of fury like this? You’ve got to love these rad things Ford is doing.” To introduce the new updates to the world, Vaughn randomly recruited pedestrians in Southern California to join him at Irwindale Speedway, where he put them behind the wheel of a new Mustang to lay rubber.

Electronic line-lock is traditionally used by drag racers ahead of the starting line to heat up the tire rubber for improved traction when the start light goes green. The feature leverages state-of-the-art software technology that also allows amateur race car drivers, particularly those competing in bracket racing, to achieve more consistent performance times.

Using steering wheel-mounted thumb switches, a driver toggles through a menu on the instrument cluster to activate electronic line-lock. Once engaged, the system builds pressure on the front brake calipers. Another button press holds the pressure for up to 15 seconds, allowing the driver to hit the throttle and spin the rear wheels while the car stays in place.

“We introduced line-lock on EcoBoost Mustangs because we didn’t want those customers to miss out,” said Mark Schaller, Ford Mustang marketing manager. “The number of people choosing EcoBoost power continues to grow globally, and with the increased torque and new features coming on the new Mustang, customers will not be disappointed.”

Electronic line-lock is one of many changes fans will see when the newest version of the iconic pony car races into showrooms later this year, offering: