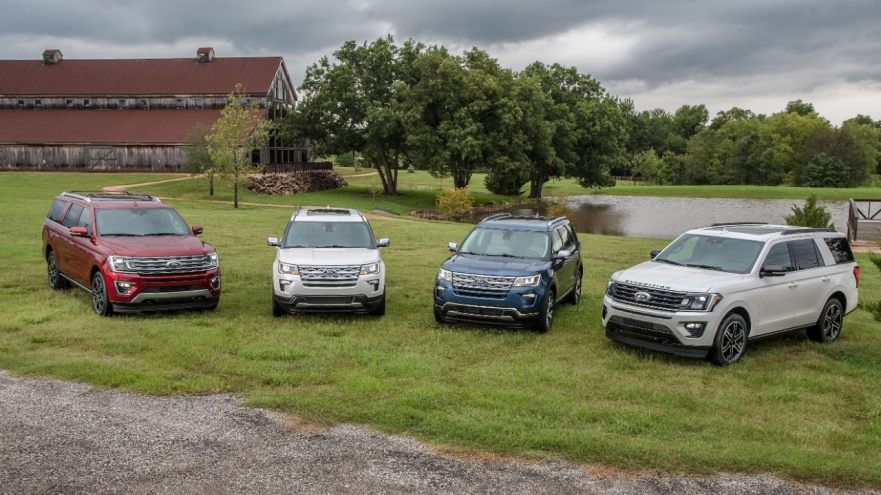 DALLAS, Sept. 28, 2018 – Everything is bigger in Texas, including the appetite for sport utility vehicles. While demand for Ford SUVs is climbing across the United States, drivers from El Paso to Houston continue to show why the Lone Star State is so crucial to automakers’ SUV portfolios.

Celebrating its position as the best-selling vehicle brand in Texas, Ford unveiled to crowds at the State Fair of Texas four new special-edition models designed to give buyers of large SUVs more options in the vehicles they love.

“Texans love their SUVs and these four special-edition models were created very much with them in mind,” said Craig Patterson, large SUV marketing manager at Ford. “Each of these vehicles is a proof point that Ford takes seriously the need to continuously freshen an SUV lineup that is so popular with so many.”

All four new special-edition models shown at the State Fair of Texas are available for order later this year. They are:

By expanding choices in its large SUV lineup, Ford looks to continue offering more of the vehicles that consumers say they want. More and more drivers are turning away from traditional sedans in favor of larger trucks and SUVs that offer more space, amenities and capability. A 2017 Ford report found that millennials are beginning to move to the suburbs and buy larger SUVs.

“People want SUVs, they’ve told us that,” Patterson said. “Whether an adventure-minded individual, a couple who needs room to haul home improvement supplies or a family loading up for a trip across the country, SUVs are in demand. Ford wants to have an SUV available that caters to any circumstance.”

Last year, Ford set a sales record when it closed 2017 with nearly 800,000 SUVs sold. In the past six years, Ford has grown its U.S. SUV sales by 37 percent, hitting a number of milestones across its lineup of SUV nameplates: