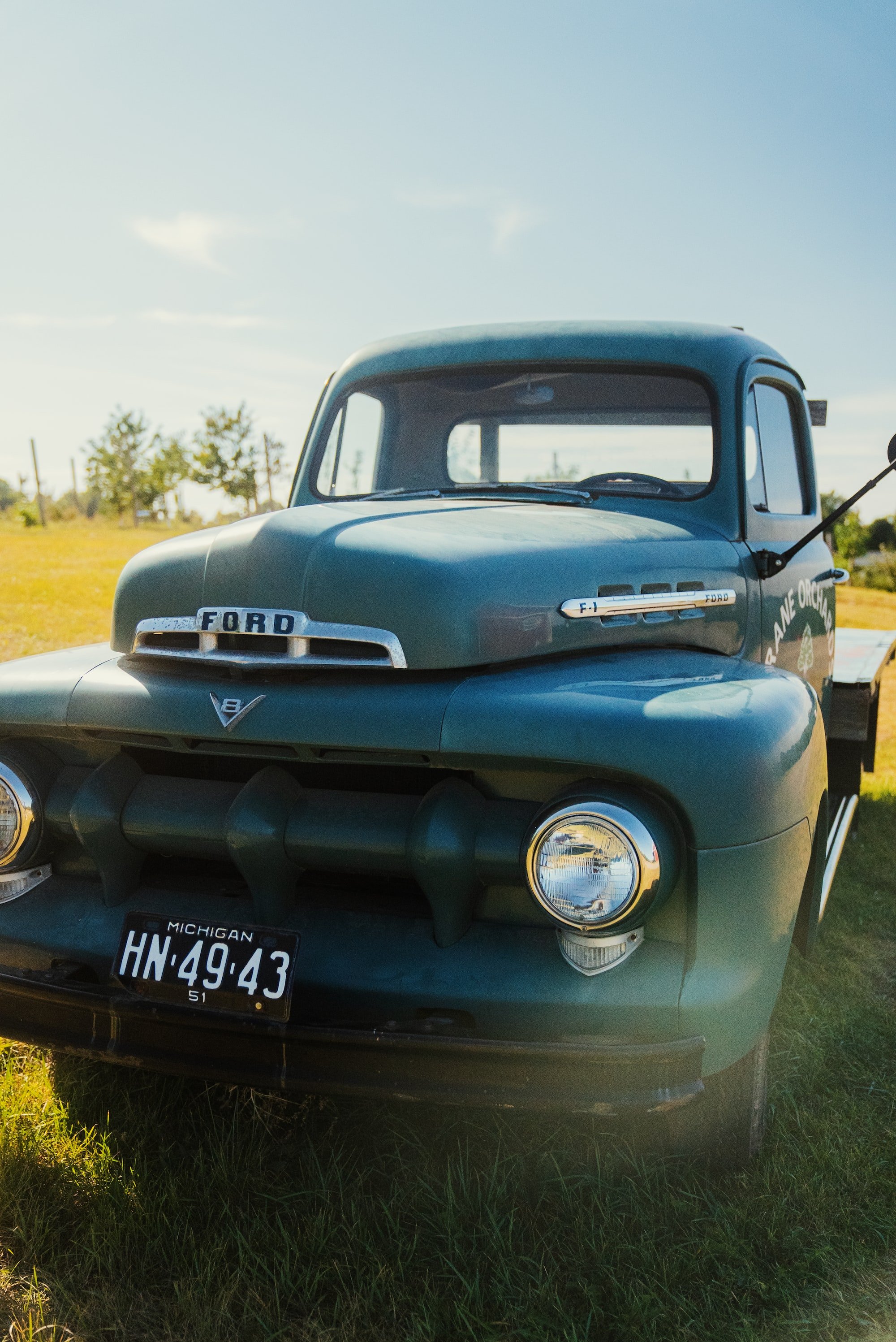 The Ford F-Series has been among the best-selling auto brands in the U.S. for several decades now, mainly because it continually evolves into a high-tech machine for heavy-duty work and luxury transportation. While the official history of the Ford F-150 began in 1975, earlier models laid the foundation for this American heavyweight champion of the road. Today, the F-150 has more advanced tech, better handling, and greater interior comfort than many other pickup trucks you can get in Dallas, Texas.

Our experts at Planet Ford Dallas look at the history of this off-road conqueror, from its earliest predecessors to the latest models in the market.

The Origins of the Ford Trucks 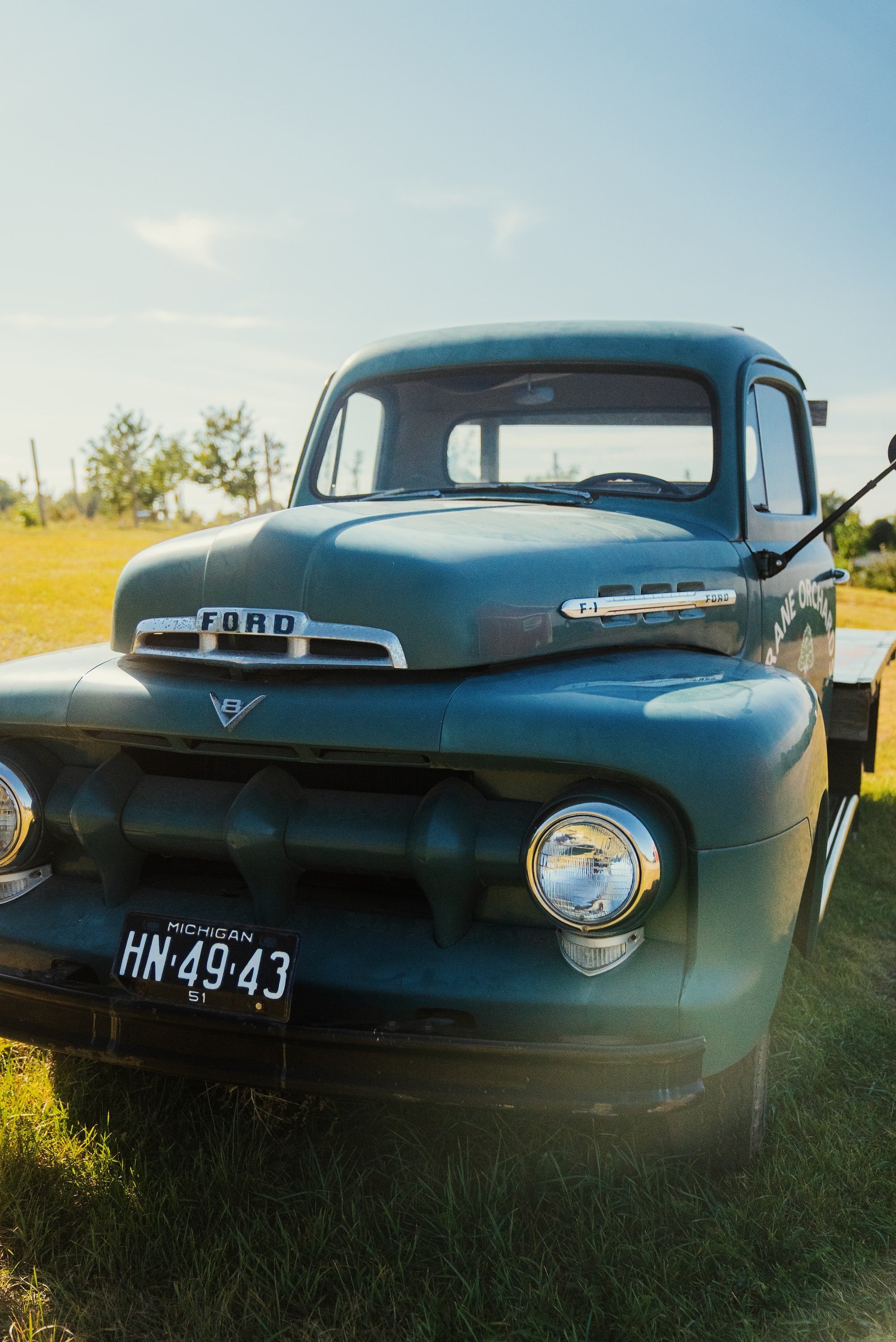 Image by Evan Wise is used under the Unsplash License

The history of Ford trucks started in the 1910s after the manufacturer converted the Model T into a pickup. The vehicle had a basic setup of a flatbed fitted on top of the roadster's back wheels. It was a vital machine for moving products around at the beginning of consumer transportation. Then in the 1930s, Ford made considerable improvements through Models A and B. The two models had longer beds and equal weight distribution, appealing to most truck buyers facing the Depression. Although the truck had a V-8 engine, it was still a roadster with limitations.

Ford streamlined the long-bed design in the 1930s and introduced several options for buyers. The automaker debuted a new V-6 engine in 1941 to complement the existing V-8 and four-cylinder trucks. Their invention played a key role in several World War II battles. During this time, Ford launched several plants in the U.S. but ceased consumer production shortly after the Pearl Harbor attack.

The Launch of the F-Series

Ford launched the F-Series in eight different models after the Second Great War. Consumers could choose from the F-1 to the F-8, weighing half a ton and three tons, respectively. There were other engine options, including a 95 horsepower V-6 and a 100 horsepower V-8. The utilitarian look of the F-Series offered better practicality than the preceding models.

When celebrating its 50th anniversary in 1953, Ford launched the second generation of F-Series models. Extensive redesigning made considerable changes to the engines and front grille. The changes saw the introduction of an enhanced V-8 engine, automatic transmission, better visibility, and longer body dimensions. Some of today's terminology, such as hood ornaments, was also added. The second generation received more updates in the next few years, and by 1956, the F-Series V-8 engine could deliver up to 173 horsepower.

The third generation debuted in 1960, greeting customers with more headlights and a square grille. Ford also introduced other updates, including a wider cab and four-wheel drive (4WD) options in factory models. In 1963, the fourth generation embraced the modern era through more than 200 horsepower and the 4WD capability. The fifth-generation saw the entry of the Ranger and two other trim levels, namely Base and Custom. More style and functionality in the sixth generation era of 1973 to 1979 saw the birth of America's favorite truck.

In 1975, the F-150 debuted because car buyers were torn between choosing the F-100 (which was incapable in some conditions) and the F-250, which was too mighty. F-150 provided the option America was looking for, immediately rising to top the sales list, a feat it continues to achieve today. The seventh-generation had a strong emotional appeal, ushering in a new age of custom packages that focus more on buyers' lifestyles. The trucks were sturdy enough to deliver at work but still stylish for after hours. Ford ceased the production of F-100 in 1983.

At the beginning of 1987, the Ford F-Series was in the eighth generation. Some of the key upgrades in this generation are the standard fuel injection and wraparound parking lights. The company created a new Super Duty model line for the F-350 and other heavier models. A common feature that continued for the new generations is the simple grille. In its final years, the eighth generation received contemporary styling and performance packages, like a heavy-duty package that simplified snow plowing. In 1991, the Nite package enabled Ford truck owners to stand out with the blacked-out F-150.

Due to Ford's success throughout the decades, the designers continued experimenting. The ninth-generation (released in 1993) rivaled the 1993 Ford Mustang GT in performance, especially in long track runs. The 10th generation (released in 1995) received more cosmetic enhancements to appeal to a younger generation of truck buyers, mainly through the Eddie Bauer trim level. As a celebration of the nameplate's 50th anniversary and to mark the F-Series modernity, the 10th generation added more curves to the body and dropped the chrome grille.

In 2004, the 11th generation of the Ford F-Series birthed the first new design of the 21st Century. The model emphasized styling and greater comfort, though the Great Recession saw the end of this model. Afterward, the 12th generation made its first appearance and had a more aggressive stance and a bold grille. To combat the high gas prices in 2011, Ford embraced the 3.5-liter EcoBoost V-6 engine. The 12th generation enhanced the Super Duty reputation with more advancement to the engine, giving consumers the option of a 6.7-liter Power Stroke diesel or the 7.3-liter V-8. For the 13th generation, Ford switched to the aluminum body instead of steel, much to the delight of the consumers. That move seemed the right call because the new design received a five-star review for safety by the National Highway Traffic Safety Administration (NHTSA).

The 14th generation launched in the fall of 2020, with a range of versatile features, such as the new hybrid engine, updated interior, and bold styling characterized by powerful LED headlights and running lights. Ford made the F-150 more useful and easier to handle by adding the latest driver-assist and advanced collision technologies in the 2021 model. Also, the standard start-stop function makes the truck more economical than its predecessors.

Residents of Dallas, Texas, in the market for an F-150 can visit our dealership for the best prices and low-interest financing deals. Our experts at Planet Ford Dallas are happy to help you find the perfect model according to your driving requirements and budget. Contact us today to learn more about the Ford F-150 or schedule a test drive.