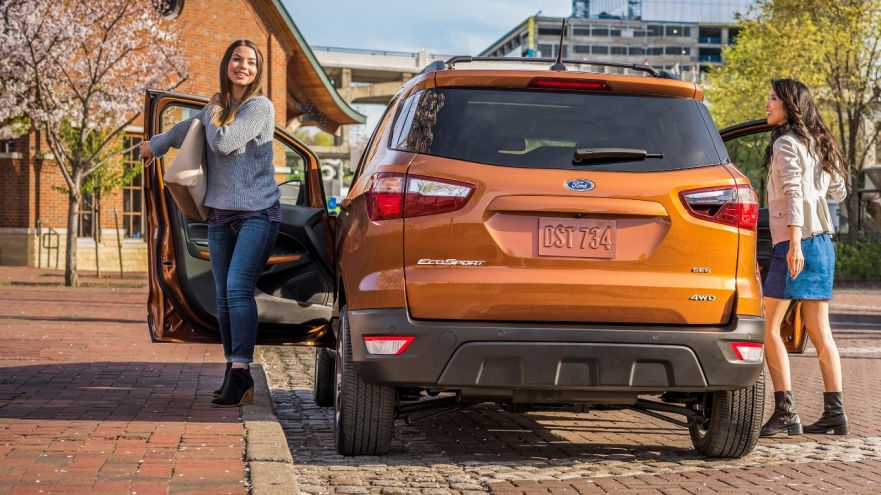 DEARBORN, Mich., May 22, 2018 – The music is different and fashion senses change. But when it comes to driving, the young adults who make up Gen Z – people born after 1995 – share plenty with their parents and grandparents. They love SUVs.

Gen Z makes up more than one-quarter of the U.S. population. Nearly one-third have reached driving age and are already having an impact on the auto industry. Despite their reputation for being a ride-share-loving generation, 92 percent own or plan to own a vehicle – according to a 2016 study by KBB/Autotrader.

Ford EcoSport, which reached North American showrooms earlier this year as the newest entry in the field, is now one of nine vehicles competing in the fast-growing subcompact SUV space. Fuel-efficient and with the cargo space young drivers desire, EcoSport comes at a price many Gen Z consumers can consider over the traditional used-car route for their first ride. Available for a starting price under $20,000*, EcoSport is equipped with a 1.0-liter EcoBoost® engine and returns an EPA-estimated 28 mpg combined rating and a range of up to 381 miles per tankful.

“I’d never heard of EcoSport, but I loved it the minute I saw it,” said Kelly Oswald, 19, one of the first EcoSport owners in the United States. “I went in looking to buy a used car. I didn’t expect there to be an affordable option to buy a new car.”

Oswald, a suburban Baltimore college student, represents Gen Z drivers who have discovered the growing number of subcompact SUV offerings. In 2017, 11.3 percent of 18- to 24-year-olds who purchased a new SUV purchased a subcompact one – up from 2 percent five years earlier.

EcoSport is available with those and other features such as compatibility with popular tech products like Amazon Alexa®, Apple CarPlay® and Android Auto®. Available FordPass™ provides remote access through a smartphone app, plus an 8-inch capacitive touch screen is offered. EcoSport is also available with a B&O Play® premium audio system and SiriusXM® satellite radio.

“To Gen Z buyers, connectivity is everything,” said Karen Sullivan, Ford EcoSport brand marketing manager. “Their car serves as an extension of their phone and their home, and we’re seeing an exciting response from these young customers to our all-new EcoSport.”