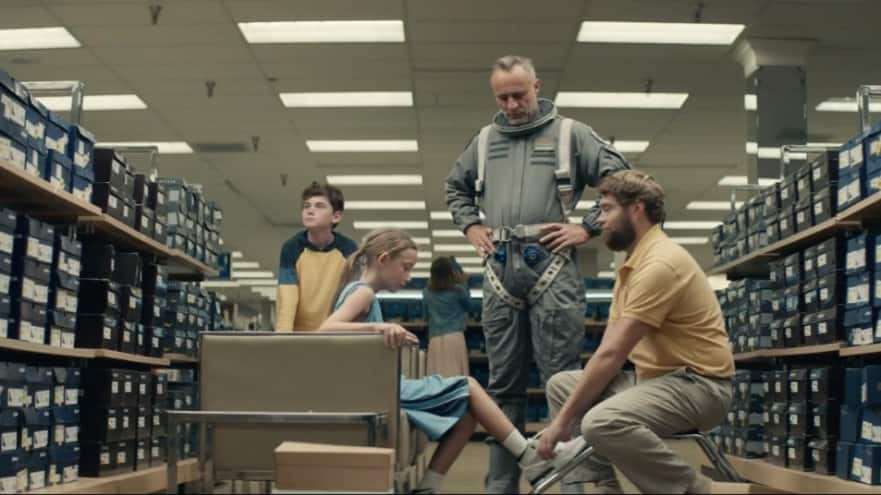 “For decades, Explorer has defined what an SUV is,” said Matt VanDyke, Ford director of U.S. marketing. “Everything about the new Explorer was built with family adventure in mind – whether that’s visiting a national park or loading up for a romp at the local dog park.”

In the campaign’s feature spot, “Journey Home,” an astronaut makes a dramatic return to Earth, hops into an Explorer Platinum, then embarks on a journey to pick up his kids from school. Their exploration involves stopping at a shoe store to get his daughter a pair of basketball shoes and picking up a pre-cooked dinner at a grocery store.

Narrator Bryan Cranston – the voice of the Built Ford Proud campaign that launched last year – reminds us, “You don’t have to go to another planet to be an explorer. You can be an explorer right here on Earth. The all-new 2020 Ford Explorer. It’s the greatest exploration vehicle of all time.”

In an ad featuring the all-new Explorer ST, “Nighttime Adventure,” a marine biologist leaving a remote job site uses the vehicle’s Terrain Management System with seven selectable drive modes to travel across rough terrain and ultimately treat her family to froyo. Another one for the first-ever Explorer Limited Hybrid, “Return to Civilization,” follows an arctic explorer who changes places with her canine team, loading the dogs into her Explorer and hauling them from a remote arctic camp to pamper them at a pet spa.

Explorer’s all-new Terrain Management System is available to help tackle various adventures, helping confirm its status as the ultimate family adventure vehicle. Or, as Cranston says in Journey Home, “It’s the SUV you think of when you think of an SUV.”

*Based on total cumulative OEM-reported U.S. sales for all SUVs from 1990 through 2018.