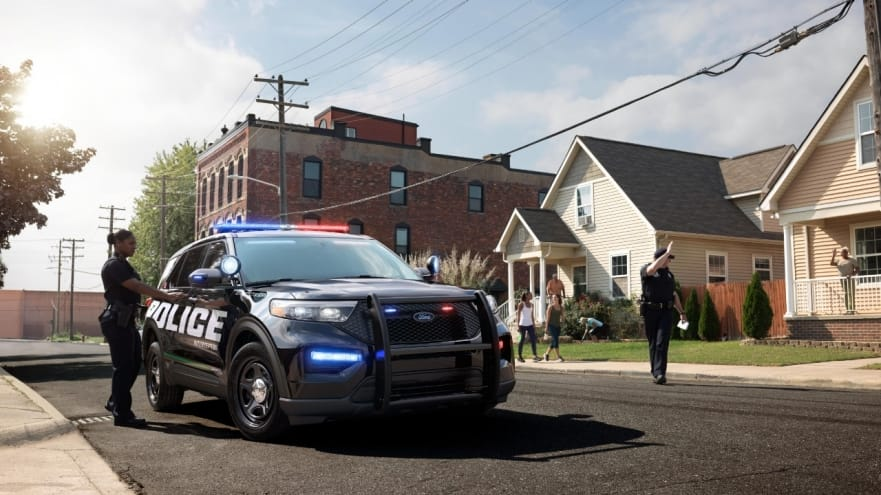 From New England to Southern California, orders for the Ford Police Interceptor Utility Hybrid are piling up. Agencies in cities such as San Diego, Columbus, Ohio, and Madison, Wisconsin, have committed to adding hybrids to their law enforcement fleets. So far, these agencies have ordered more than 2,600 units equipped with the standard 3.3-liter hybrid engine.

These commitments represent more than 17 percent of the 15,000-plus orders for the 2020 Police Interceptor Utility. Conventional gas engine options include a 3.0-liter EcoBoost® V6 and a 3.3-liter V6 with flex fuel capability.

Many agencies continue to evaluate their vehicle needs and will place orders later in the year. A few, such as the Los Angeles Police Department, tested the new hybrid in advance, and have already placed orders.

Applying those projected numbers to every Police Interceptor Utility sold in 2018 would equate to an estimated savings of more than 43 million gallons of fuel and an estimated annual cost savings of between $118 million and $193 million*.

Everyone wins – except the bad guys

Hybrid technology is ideal for law enforcement because of the potentially significant idle-time fuel savings. When police vehicles are stationary, a conventional gasoline engine must run continuously to power emergency lighting, radios, computers and other on-board electrical equipment.

In testing by the Michigan State Police in 2018, the all-new Police Interceptor Utility Hybrid had the fastest 0-100 mph acceleration, fastest lap, fastest average lap and highest top speed of 137 mph versus competitive police utility vehicles, including V8-powered entries. The only faster entry was the Ford Police Interceptor Utility powered by a 3.0-liter EcoBoost engine.

The all-new Police Interceptor Utility includes a number of advanced innovations designed for officer safety. It is engineered to meet Ford’s rigorous 75-mph rear-impact crash test. The federal standard for such testing is 50 mph.

New for 2020, factory-installed Police Perimeter Alert uses sensors to monitor an approximately 270-degree area around the vehicle. It analyzes movement up to 80 feet away for potentially threatening behavior. When such motion is detected, the system automatically turns on the rear camera, sounds a chime, rolls up the windows and locks the doors. Motion trails on the digital instrument cluster help officers monitor their surroundings.

Additional optional equipment includes an on-demand rear camera that allows officers to view behind the vehicle at the touch of a button. A host of factory-installed and factory-sealed wiring and lighting packages offer agencies turnkey solutions.

Police Interceptor Utility is tested for enhanced police durability. This includes improved cooling systems, a specially tuned braking system, front-door tethers, and police-purposed steel wheels, tires and hubcaps that are designed to withstand the rigors of a chase. The vehicle is tested for eight-inch curb impact, median crossing, 30-mph railroad crossing, and water fording up to 18 inches at 15 mph and 10 inches at 40 mph.

*Computed using fuel costs of $2.75 to $4.50 per gallon and an average of 20,000 miles driven annually. Visit the Police Interceptor Utility savings estimator for more information.

zTwo-year subscription for Ford Telematics starts on vehicle sale date. Subscription features may be limited. Factors causing this limitation may include but are not limited to issues related to cellular coverage, carrier outages and carrier network service interruptions. Complimentary service ends after two years.