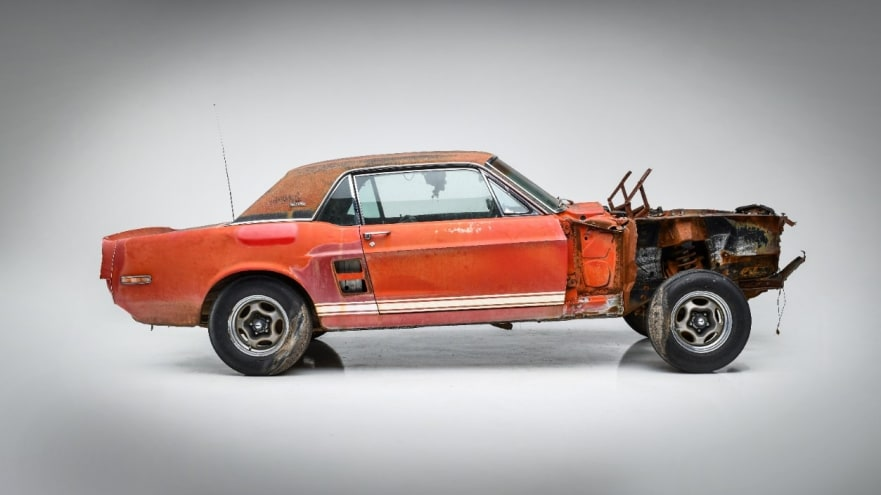 SCOTTSDALE, Ariz., Jan. 15, 2020 – Once lost, now found and restored to their original glory, a pair of historic experimental Shelby Mustangs – “Green Hornet” and “Little Red” – are being revealed together for the first time, joined by two new Shelby GT500 Mustangs at 9 a.m. MST tomorrow at the Barrett-Jackson Scottsdale auction.

Restoration of Green Hornet was led by Jason Billups of Billups Classic Cars in Colcord, Oklahoma. During the process, Jackson floated the idea of finding Little Red, which had been lost. After an extensive search spearheaded by Billups, the vehicle was discovered in a rural field in north Texas.

Finally, with Green Hornet and Little Red restored, Jackson set out to celebrate their significance by adding a one-of-one Candy Apple Green and a Rapid Red 2020 Shelby GT500 to his collection. An independent rear suspension, four-wheel disc brakes and electronic fuel injection connect Green Hornet to the 2020 models, while the new supercharger is reminiscent of what’s under the hood of Little Red.

The 2020 Green Hornet car was the first model to roll off the line at Flat Rock Assembly Plant last fall. Jackson paid $1.1 million at auction for the car to raise money for Juvenile Diabetes Research Foundation.