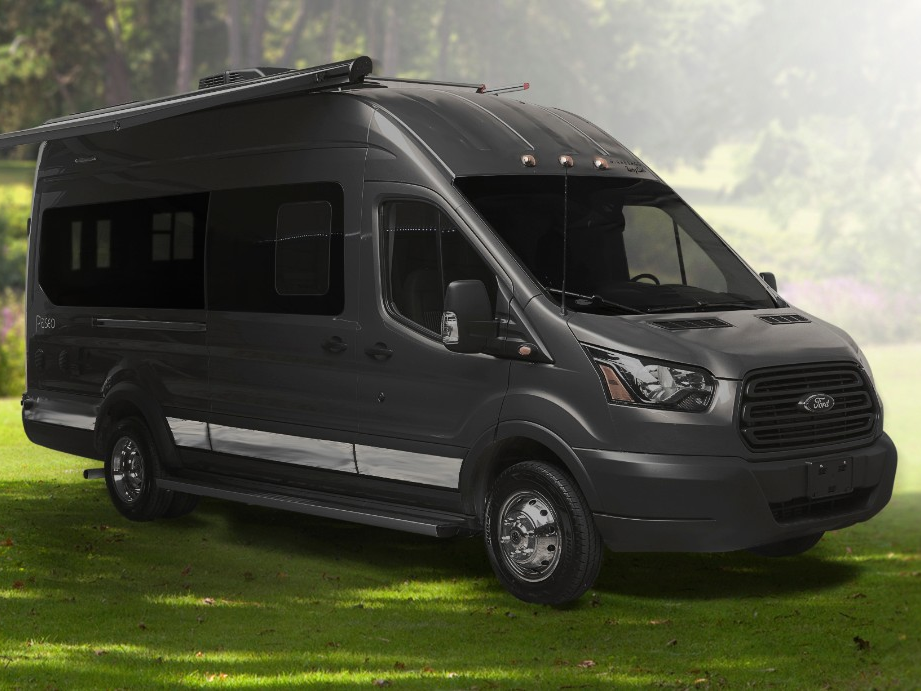 ROAD TRIP! FAMILY FUN AND ADVENTURE STARTS WITH A FORD

DEARBORN, Mich., June 1, 2017 – Growing numbers of families are answering the call of the road by embarking on adventures in RVs built on Ford chassis. Ford is America’s best-selling motorhome chassis manufacturer.

RV shipments were up 15 percent year-over-year in 2016, hitting their highest level in 40 years, according to the Recreation Vehicle Industry Association. The trend continues; through March, total RV shipments were up nearly 12 percent. The association estimates the RV industry provides 290,000 U.S. jobs and has a $49.7 billion annual impact on the country’s economy.

The biggest sales increase is coming from the smallest motorhomes. Shipments of camper vans – standard vans like Ford Transit outfitted with sleeping and living areas – are up more than 36 percent through March. Class C motorhomes – RVs built on cutaway chassis including the Ford E-Series consisting of vehicle frame, suspension, powertrain and cab – are also rolling out at a rapid pace, with shipments up more than 32 percent through March, according to the Recreation Vehicle Industry Association.

Ford leads the motorhome chassis market in Classes A, B and C, holding 63.8 percent share in 2016, up from 61.2 percent in 2015, according to data from Statistical Surveys Inc., a market analysis company specializing in the RV, marine and manufactured housing industries. In 2016, Ford’s share of the Class C market with Transit and E-Series cutaways was 69 percent, up from 65 percent in 2015, while its share of the Class A market, led by the F-53 chassis, was 67.6 percent, up from 66 percent. RV manufacturers just started building Class B motorhomes on Transit last year.

“We’re seeing tremendous growth in Ford Transit and E-Series sales to the RV market,” says Dennis Bearden, Ford RV and pool account manager. “Last year, our Class C motorhome sales were up 28 percent, and as more motorhome manufacturers build on Transit, our Class B sales are also climbing. Combine that with our long-established popularity in the Class A market, and it’s apparent families looking for adventure of any size can find it in a Ford-based motorhome.”

Like most RVs built on them, Ford Transit, E-Series and F-53 chassis are assembled in the United States for the North American market. For 2017, Ford updated its E-Series cutaway and stripped chassis to offer the 6.2-liter V8 engine proven in F-Series Super Duty trucks. This optional engine provides 356 lb.-ft. of torque at 4,000 rpm and 331 horsepower – representing a significant improvement over the 5.4-liter engine it replaced. Also new this year is an optional rearview camera.

The A, B, Cs of motorhome classes

Class A motorhomes are generally the largest and roomiest. They’re typically built on stripped truck chassis or bus chassis that have the highest gross vehicle weight ratings for motorhome chassis. Often quite luxurious, Class A motorhomes are frequently seen in RV parks, at motorsports events and other outings across the country.

A Class B camper van drives most like a regular family van. The ultimate in maneuverability and compact comfort, these cozy campers are the top choice of couples and small families wanting to venture far away from RV parks and experience the increasingly popular #vanlife. Although RV manufacturers make camper vans, many do-it-yourselfers design and build their own.

For active families, Class C motorhomes offer greater maneuverability and a more compact size than Class A motorhomes, but are roomier than camper vans. They often include a sleeping loft over the cab. These smaller adventure mobiles are popular with outdoor enthusiasts who use them to go motorbiking, snowboarding, kayaking and exploring.