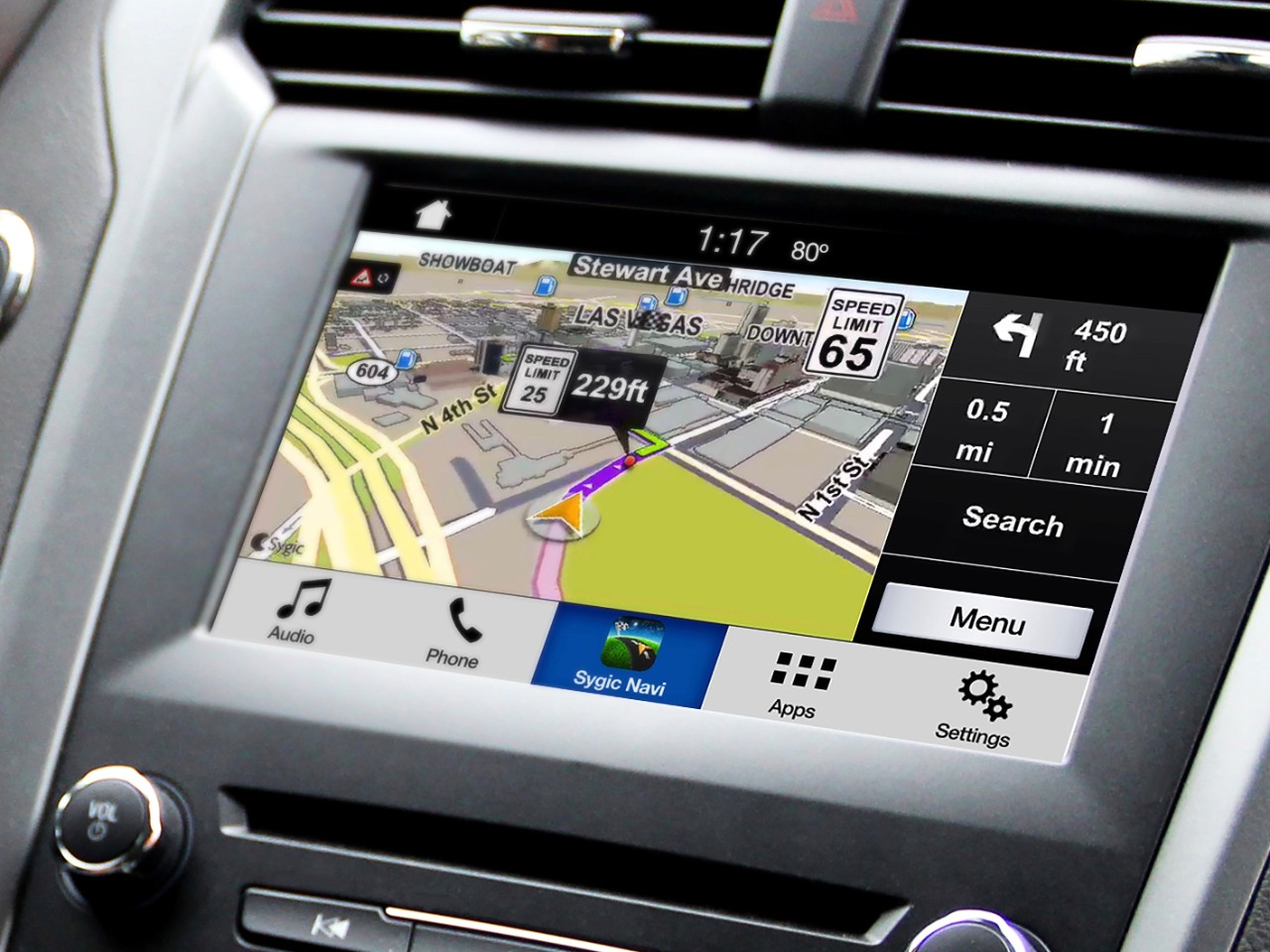 LAS VEGAS, Jan. 4, 2017 – With most smartphone owners saying they use navigation apps while driving, Ford Motor Company is introducing new SYNC® AppLink™ capability that will project navigation apps directly from a smartphone to the vehicle touch screen. Sygic Car Navigation is first to take advantage of the new capability.

“Ford understands how customers are using their smartphones, so it’s important we offer them more choice in how they connect and control their capabilities in the car,” said Don Butler, executive director, Ford Connected Vehicle and Services. “Our new SYNC AppLink mobile navigation capability will help keep drivers’ eyes on the road and their hands on the wheel while using the apps that they love.”

According to a 2015 study by Pew Research Center, two-thirds of Americans are now smartphone users. Of more than 1,600 who participated in the study, 67 percent said they use their smartphones at least occasionally for turn-by-turn navigation when driving, while 31 percent frequently use navigation apps via their smartphones.

When a smartphone is paired to the vehicle via USB cable, control of the Sygic app is removed from the device. The app is automatically projected to the vehicle touch screen making the navigation app more convenient to manage. The technology aims to reduce a driver’s urge to pick up and look at a mobile device.

Sygic is the first mobile navigation app to take advantage of Ford AppLink capability to move mobile navigation from the phone screen to the in-vehicle touch screen. Available in more than 200 countries and about 40 languages, Sygic technology is used by 150 million smartphone owners across the globe. The Sygic Car Navigation app is optimized to work seamlessly with Ford SYNC 3 – giving drivers more choice in how they navigate.

“Sygic is committed to exploring the boundaries of navigation, a philosophy that directly contributes to our enduring reputation as the leader in navigation for connected cars,” said Sygic CEO Michal Štencl. “We look forward to unveiling premium new cutting-edge features and further developments as part of our global relationship with Ford.”

The new SYNC AppLink mobile navigation capability will launch on 2018 Ford vehicles. SYNC AppLink provides drivers with the ability to control compatible smartphone apps using their voice or the in-vehicle touch screen. Developers can easily make their smartphone apps compatible with SYNC by downloading and integrating the AppLink software from the Ford Developer Program website.