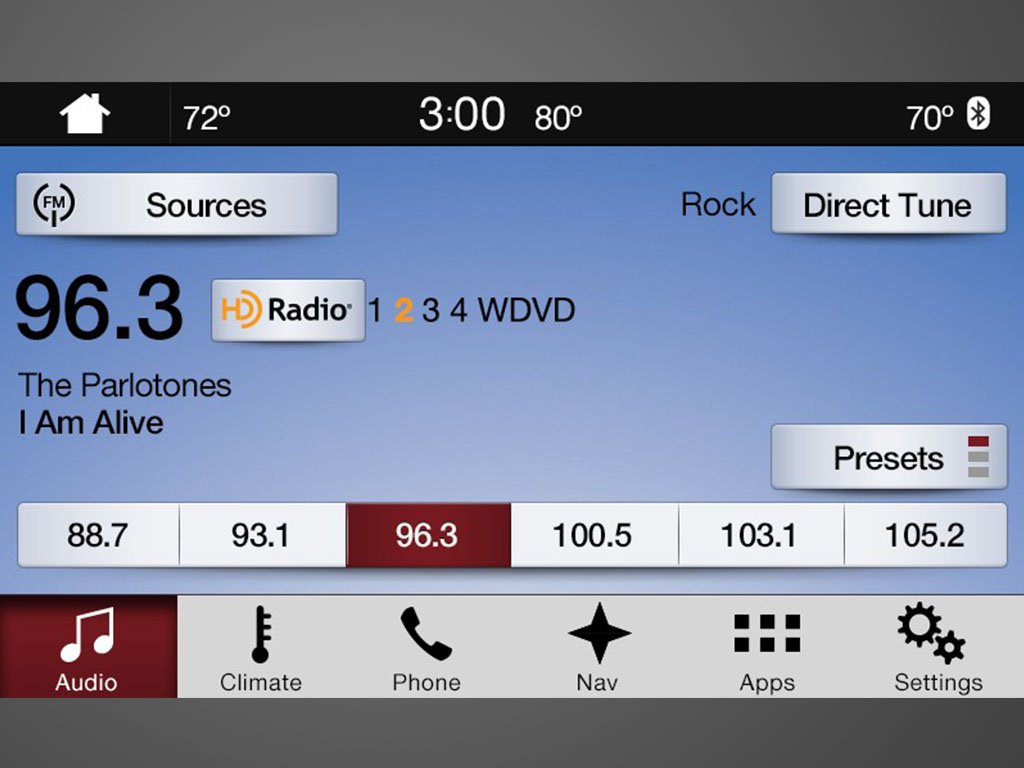 TURN THE RADIO UP! 2017 FUSION AND ESCAPE'S DUAL FM RADIO RECEIVERS, OTHER AUDIO IMPROVEMENTS BRING MUSIC TO YOUR EARS

DEARBORN, Mich., Aug 10, 2016 – Immortalized in numerous songs about summertime and freedom, car radios have long been an integral part of driving. In fact, 93 percent of Americans listen to radio weekly, more than TV or smartphones, according to Nielsen’s Audio Today: Radio 2016 report.

That’s why Ford remains committed to boosting the range and clarity of FM radio signals with dual radio reception systems, which use a second receiver and the rear-window heater grid as another antenna. The technology debuts with available Sony® audio systems on the new 2017 Escape and Fusion – marking one of the industry’s first applications of dual reception for HD Radio, which uses a special receiver to broadcast a digital signal over a traditional radio.

Dual FM radio reception helps the radio choose between multiple signals on the same frequency. A second antenna and receiver reduces interference from the same radio signal when it is received twice – especially prevalent in cities and mountainous areas, where radio signals tend to bounce around the landscape. The result is longer, clearer radio listening.

Another benefit: the second receiver helps determine which FM signal is strongest, and the radio plays that station. Think of it like a second opinion; if another signal becomes stronger, the radio switches to that one.

“With dual antennas, the broadcast transitions seamlessly. No spits or wisps, and no hearing two radio stations at the same time,” said Andy Adrian, Ford antenna and reception engineer. “The system delivers the clean, high-quality sound you expect from a Ford vehicle.”

Road trip
To test the dual antenna technology, Ford conducted a 4,200-mile test of radio signals in key cities across the U.S. – Chicago, Detroit, Los Angeles, Minneapolis-Saint Paul, New York City, Pittsburgh and Seattle. What they found was that the system allows listeners hear their favorite stations longer when traveling between cities, since there’s no middle zone where the radio plays overlapping stations.

Say, for instance, you’re heading from Chicago, listening to one station, on your way to Detroit, where the same frequency plays another station. Before, at a certain mid-point between the cities, one station became weaker and suffered from interference, at times playing both stations at once. In this example, interference may last up to 15 minutes, while with dual FM reception systems, there would be no interference at all.

For 2017, Fusion gets several more sound-enhancing features, as well. Among them, the Fusion V6 Sport, Platinum, Hybrid and Energi models, along with SE Luxury Package, are equipped with acoustic laminated glass on the windshields and front doors. Also still available on Fusion Titanium, acoustic laminated glass insulates audio inside the vehicle while blocking out wind and road noise.

The number of speakers on Fusion Hybrid S and Hybrid SE models are increasing from six to nine to enhance Active Noise Control functionality. Active Noise Control – also still available on Hybrid and Energi models – emits sound waves that cancel out unwanted sounds in the cabin such as engine, transmission and wind noise, as well as produce a more pleasing engine sound.

“These changes are the result of listening to feedback from dozens of listeners over hundreds of hours,” said Alan Norton, senior technical leader for Ford audio systems. “It’s all about attention to detail. By improving radio reception and taking other steps to improve sound quality and acoustics, we aim to give customers the consistent, enjoyable sound they deserve. In many cases, the best audio systems our customers have are in their vehicles. We don’t want them to settle for low sound quality.”