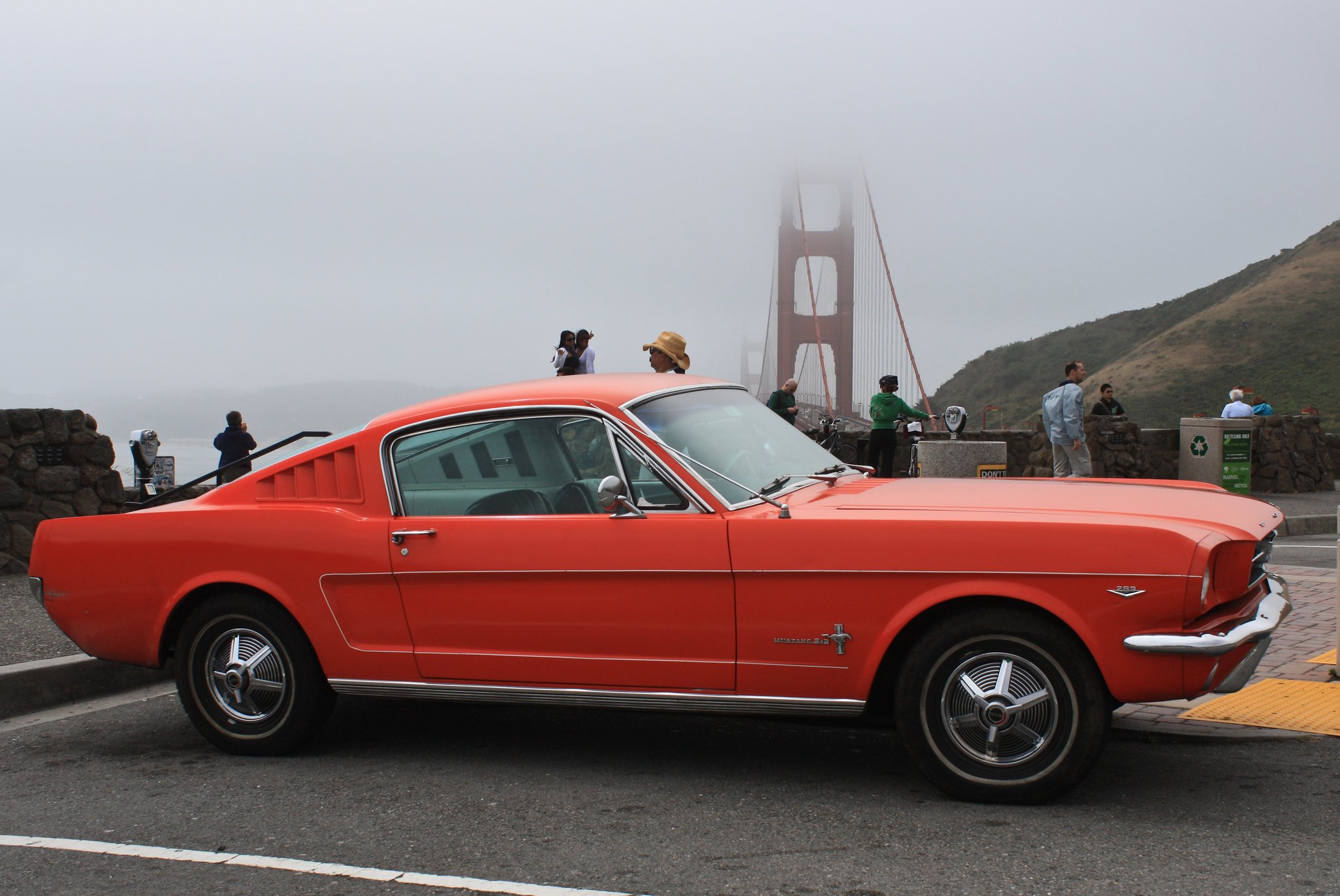 What Is a Mustang Fastback?

What Is a Ford Mustang Fastback? 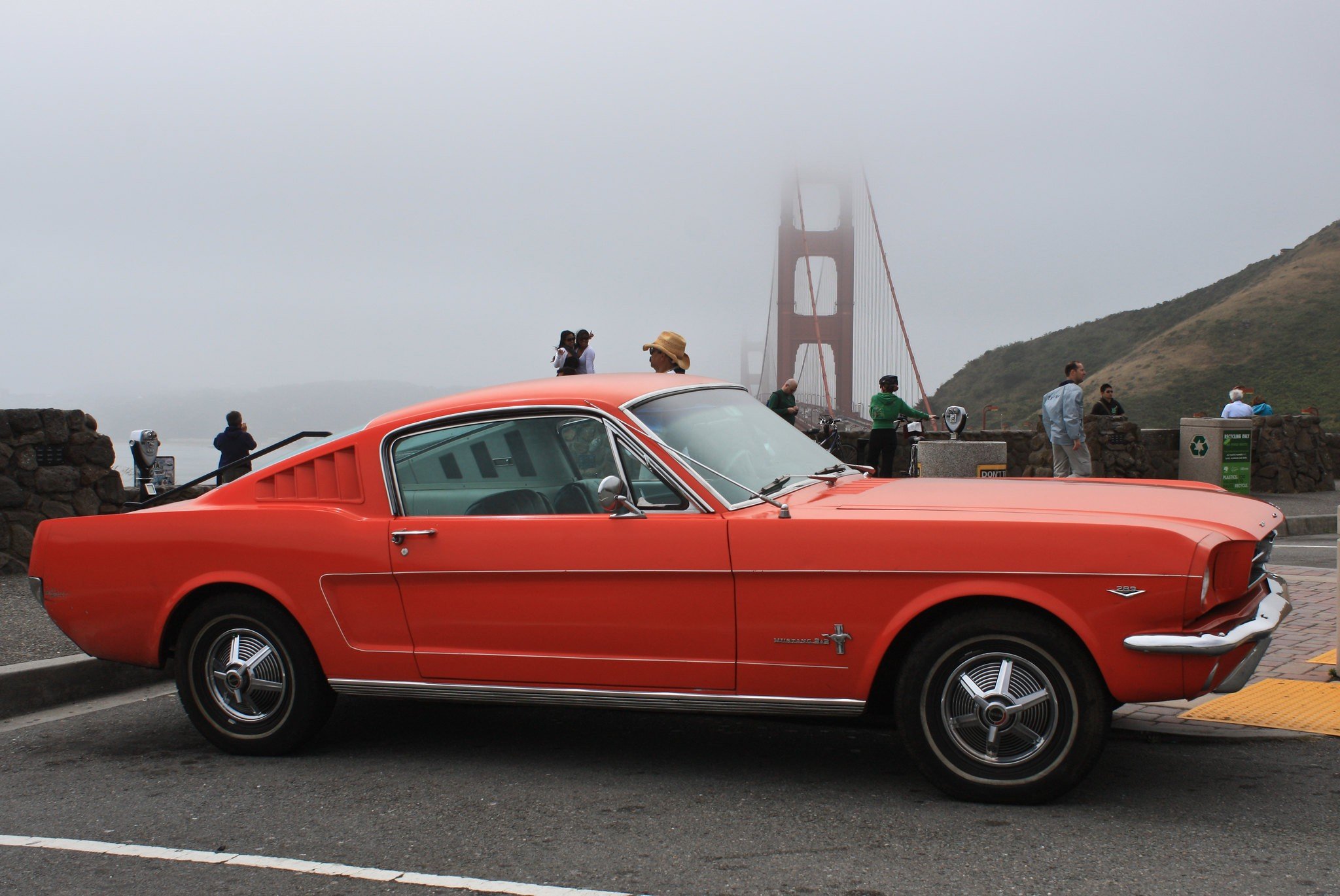 Ford designed two types of Mustangs — the classic fastback and the more conservative-looking Mustang coupe. Both versions of this muscle car feature two doors and impressive engine options. The car's design is the most noticeable difference between the Mustang coupe and the fastback. When you look at the Mustang coupe, you'll notice that it has a slightly boxy appearance with a distinct trunk lid.

However, when you feast your eyes on the Mustang fastback pony car, you'll see a distinction that car collectors admire. The fastback has a long sloping rear window that goes straight to the car's rear. The first-generation Mustang fastback had futuristic-looking side slots, giving it a racecar-like appearance.

The fastback has two rows of seats that can fit up to four people. When you need more room for luggage or fun gear, you can fold the back seat of the fastback down for extra cargo space. Whether you want a fastback convertible or hard-top, a classic collectible to take to car shows, or a brand new hot-rod Shelby GT500 to hit the racetrack, you can find a Ford Mustang fastback to fulfill your dreams.

When and Why Did Ford Make a Mustang Fastback?

The story of the Mustang begins in 1964. Vice president and general manager of Ford, Lee Iacocca, wanted to bring a youthful, sporty compact car to the market. So, in April 1965, Ford introduced the Mustang as a notchback or convertible car at the World's Fair in New York. People loved the new car style, and in late 1965, they revealed the fastback 2+2, which was a game-changer for the Mustang. With its never-before-seen styling and numerous options and packages, the fastback took the nation by storm.

Introduction of the Mustang Shelby GT500 and Mach 1

When Ford collaborated with racecar driver Carroll Shelby to design a car to compete against Ferrari in the 24 Hours of Le Mans sports car endurance race, they created the Shelby GT500 fastback based on the Mustang GT platform. The same year, 1969, Ford brought the Mach 1 to the consumer market with NASCAR-style air scoops, dual exhausts, and steel wheels. People who appreciated racecars enjoyed these new Mustang fastback styles, and Ford sold over 72,000 cars in 1969.

In 1969, Ford renamed the fastback the SportsRoof for the Mach 1 and Boos 302. Ford designed the Boos 302 as a high-performance car specifically for Trans-Am racing that collectors covet to this day. This Mustang fastback had a competition suspension, 15x7-inch wheels, sports slats over the rear window, and an adjustable rear spoiler. The Mach 1 package only came as a SportsRoof style and wasn't available for any of the coupe or convertible models.

By 1978, Mustang enthusiasts complained about the new sizing. Ford responded with a smaller version — the Fox, based on the Fairmont sedan platform. The Fox was short-lived because of its boxy design and lack of sports car appearance, so Ford moved back to its roots. By 1994, Ford took the original aerodynamic styling of the 1964 Mustang, added contemporary features, modernized the powertrains, and added more models.

What Ford Mustang Models Still Have a Fastback Design?

Ford still makes Mustang fastback models with contemporary styling to appease an array of Mustang buyers. From models designed for fuel economy to ones that'll make you want to book a reservation at the local racetrack, these are the current Ford Mustang fastback styles you can find.

The EcoBoost Fastback carries iconic Mustang styling with its sloped roof, aggressive-looking front grille, and optional racing stripes. If you choose the premium version of the EcoBoost Fastback, you get similar features with a few more upscale amenities like a large touch screen and leather upholstery. You can get either model as a convertible.

The GT and GT Premium Fastback come with a powerful 5.0-liter Ti-VCT V-8 engine pumping out 450 horsepower and 410 lb-ft of torque paired with a six-speed manual transmission with rev-matching capabilities. Add the GT Performance Package, and you'll get a high-performance suspension system, selectable drive modes, and 19x9-inch black-painted aluminum wheels. As with the EcoBoost models, the premium version comes with a few luxury features, including the heated leather-wrapped steering wheel and the optional Bang & Olufsen premium sound system. Enjoy your GT Fastback or Premium Fastback as a hard-top or convertible.

Moving up the power scale, the Mustang Mach 1 or Mach 1 Premium gets precision handling with its standard MagneRide Damping System, 19x9.5-inch aluminum wheels, and a high-performance suspension system. Make your Mach 1 Premium model stand out by adding the optional Mach1 Appearance Package with jet gray exterior paint, hood stripes, and an ebony and orange interior.

Racecar lovers can rejoice with the Mustang Shelby GT500 Fastback. With this Mustang fastback, you'll get a 5.2-liter supercharged cross-plane crank V-8 engine that delivers a massive 760 horsepower and 625 lb-ft of torque. You'll appreciate the smooth-shifting TREMEC seven-speed dual-clutch automatic transmission whether you're corning up winding mountain roads or flying around the racetrack.

To learn more about the iconic and beloved Ford Mustang fastback lineup, stop by our dealership at Planet Ford Dallas today. We can give you information about each model, and you can schedule a test drive to see how much fun it is to drive a Mustang fastback.

'65 Fastback Mustang at Overlook by Nick Ares is licensed with CC BY-SA 2.0